63% of Canadian non-owners have ‘given up’ on ever buying a home: Ipsos – National 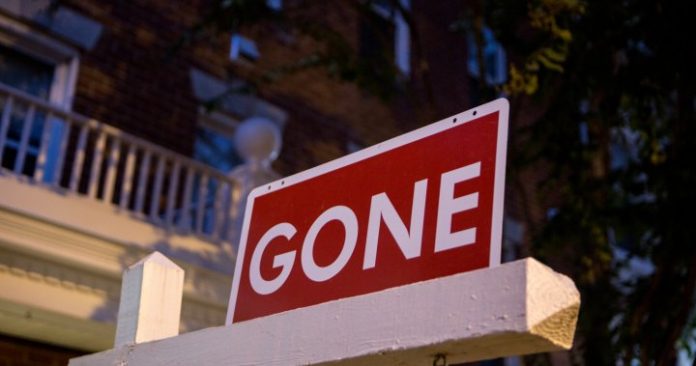 The dream of ever owning a home is looking bleak for a majority of Canadians shut out of the housing market, according to new polling from Ipsos.

The new survey conducted exclusively for Global News shows six in 10 (63 per cent) non-home owners have “given up” on ever owning a home.

“As housing prices rise, inflation continues and interest rates go up… we can see that there’s a bunch of Canadians who have kind of given up on the idea of home ownership,” says Gregory Jack, vice-president of public affairs at Ipsos.

Those sentiments are highest in British Columbia (74 per cent), Quebec (72 per cent) and Ontario (62 per cent), but lowest in the Prairies and Atlantic Canada, the polling shows.

In addition to regional divides, Ipsos’ survey shows owning a home feels more viable for haves than the have-nots: More than two-thirds of Canadians (67 per cent) agree with the idea that owning a home is only for the rich, with those sentiments rising to 76 per cent among non-owners.

The Ipsos polling, which surveyed more than 1,000 Canadians between April 14 and 19, showed those who do own a home were also more inclined to be optimistic about their long-term future (74 per cent) compared with those who don’t (67 per cent).

Generational divide in attitudes towards housing

While 57 per cent of Canadians disagree with the statement that owning a home is less important now than 25 years ago, those aged 18-34 are more likely to agree with that sentiment (49 per cent) than those older than 55 (38 per cent.)

He tells Global News that when the Baby Boomers entered young adulthood in the 1970s, it would’ve taken them five years of full-time work to save up for a 20-per cent down payment on a home. Today’s young adults would have to work for 17 years to hit that same bar.

4:36
Priced Out: A look at why the hot housing market is out of reach for young Canadians

Priced Out: A look at why the hot housing market is out of reach for young Canadians – May 28, 2021

“We have tolerated, as a country, the massive growing gap between spiraling home prices and what’s happening with local, full time-earnings,” he says.

“That is a double-edged sword. It cuts against affordability for younger Canadians and newcomers of any age trying to get into our housing market.”

Kershaw says Canadians have embraced this growing divide because for those who have already broken into the housing market, an unending escalation in home prices grows their wealth. Culturally and politically, we have become accustomed to the idea that home prices will only grow, he says.

The Ipsos poll bears this out: while 77 per cent of respondents agreed it’s possible to be financially secure without having a stake in the housing market, the same proportion said home ownership is “the best investment a person can make.”

Canadians getting realistic about affordability

Jack says that there’s a sense of “realism” descending on young Canadians as they look to break into the hot housing market.

“I think that the younger generations are thinking about where they put their money, and they’re not buying into this idea that they have to own a home as much as they used to,” he tells Global News.

Robert Hogue, assistant chief economist at Royal Bank of Canada, agrees that the current cohort of buyers might have to change their expectations of what’s affordable as rising interest rates reduce Canadians’ buying power.

Fixed and variable mortgage rates have gone up “quite considerably” since last fall, he notes, pushing up monthly mortgage costs for prospective buyers by hundreds of dollars.

Hogue wrote in an RBC forecast last week that housing affordability could hit “worst-ever” levels by the third quarter of the year as rising prices combine with the higher costs of borrowing.

Though RBC projects the aggregate home prices to dip a modest 2.2 per cent in 2023, rising interest rates will continue to box many prospective buyers out of the market, he says.

“Even if prices were to correct starting tomorrow, it would need to be a major correction, a major decline in prices to really offset the impact of higher interest rate on mortgages,” Hogue says.

Even if the dream of a white picket fence is quickly fading, young Canadians could embrace “clever solutions to get around the market and find a way to get what they want,” Jack says.

“At the end of the day, people are feeling the pressures of the market and they’re perhaps looking at things that they wouldn’t have considered previously,” he says.

The Ipsos polling suggests that a growing appetite for co-ownership could be one such path into a home.

Some 74 per cent of Gen Z respondents said they’d consider co-owning a home with a family member or friend, compared to 58 per cent of Millennials and 43 per cent from Gen X.

“Maybe the ideal home may not be realistic, but there might be some plan Bs here or maybe even plan Cs here,” Hogue says.

1:46
How 2 millennial couples share ownership of $2-million house in Toronto

Canadians looking for support from the government were largely underwhelmed by the recent federal budget, the Ipsos polling suggests.

Asked about the proposed tax-free first home savings account, 40 per cent of non-owners feel it will help them afford a home, the poll shows. That figure rises to 47 per cent among those aged under 35.

Overall, however, most Canadians (75 per cent) disagree with the idea that the feds are doing enough to address housing affordability in the country. Even two-thirds of Liberal voters don’t feel the Trudeau government is doing enough.

Hogue says that while measures announced in the federal budget, including the new savings account and efforts to increase housing supply, are steps in the “right direction,” they will not have much “near term” impact on today’s home hunters.

Whether the feds’ housing-focused budget affects affordability or not, it’s clear from the polling that the government is not getting “credit” for any improvement in the situation, Jack says.

“The bottom line is the federal government put a lot of emphasis on this, but Canadians are not feeling like they’ve done enough.”

Kershaw says that at this point, solutions to the housing affordability issue are not solely in the government’s hands.

“This isn’t a policy problem any longer. It’s a cultural problem,” he says.

Without a clear goal to stall the rapid ascent of housing prices — not just slow their climb — wages for younger generations will never catch up to a point where they can bridge the gap of affordability, he argues. Until Canadians abandon their long-held savings plans based on rising real estate prices, those shut out of the market will remain on the sidelines.

“The moment we bank on high and rising home prices for down the road, we are committed to eroding affordability for those who follow our footsteps,” Kershaw says.

These are some of the findings of an Ipsos poll conducted between April 14 to 19, 2022, on behalf of Global News. For this survey, a sample of 1,001 Canadians aged 18-plus was interviewed. Quotas and weighting were employed to ensure that the sample’s composition reflects that of the Canadian population according to census parameters.

The precision of Ipsos online polls is measured using a credibility interval. In this case, the poll is accurate to within ± 3.5 percentage points, 19 times out of 20, had all Canadians aged 18+ been polled. The credibility interval will be wider among subsets of the population. All sample surveys and polls may be subject to other sources of error, including, but not limited to coverage error, and measurement error.