A brother and sister rushing home to see their father before he passed away were forced to say goodbye over the phone because their Air Canada flight through Toronto Pearson International Airport was cancelled last week.

On Thursday, Allyson White and her brother Randy were flying from Calgary to Toronto where they were set to catch another flight to Sydney, Nova Scotia.

Their father, who was in his early 70s, was in the intensive care unit at the time after going into cardiac arrest.

However, White said an hour before their flight touched down in Toronto, their upcoming flight to Sydney was cancelled and rebooked the following evening, 24-hours after their original flight was set to leave.

Once they arrived at Pearson, White rushed to speak to an Air Canada employee to communicate the urgency of the situation and rebook a flight departing earlier. She also tried calling the airline’s customer service line but said she could not reach an employee due to high call volumes.

Once she finally was able to speak to a staff at Air Canada’s customer service desk, White said she was told that the airline’s upcoming flights to Sydney were already rebooked by other travellers who also had their flights cancelled. They only had business class seats available, but White said they were $4,000 each.

Paul White is photographed with his family (Supplied).
“It was becoming more evident that we weren’t going to make it home in time to say goodbye to him while he could still understand,” White said. Through tears, she said, “My brother held the phone up to my dad so that I could say bye to him while I stood in line at customer services for Air Canada. It was humiliating,” White said.

CTV News Toronto contacted Air Canada about White’s situation. They confirmed the flight was cancelled due to “constraints and delays at Toronto Pearson.”

They added that affected passengers were rebooked to travel over the next two days.

In regards to White’s particular situation, an Air Canada spokesperson said, “We regret we are unable to compensate for matters outside the airline’s control.”

Meanwhile, their bags never came through the luggage belt, which meant they were forced to stay in the same clothes throughout their entire journey. When they tried to enter security to buy food, they said they weren’t allowed through because their flight had been cancelled. Instead, they said they were told to go to a 711 across the street.

A relative who is an Air Canada elite flyer was eventually able to rebook them seats on a flight to Halifax, a five hour drive from where their family lives, the following day at 7:50 a.m, White recounted. When they finally arrived in Nova Scotia, they drove directly to the hospital in Sydney. 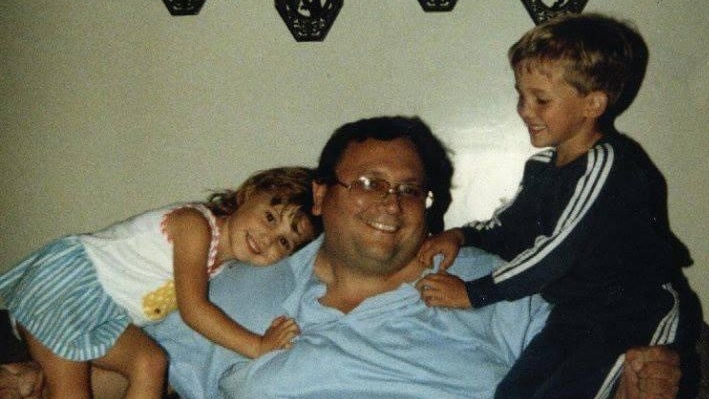 Paul White is photographed with his kids (Supplied).

“We had about an hour with my dad before we took him off of life support. It was really awful,” she said. It was already past the point where they could say verbal goodbyes, as he was no longer responsive.

“The lack of empathy and not finding anyone who cared or couldn’t find anyone to help us. And like I was begging people, ‘Please help us, we have to get home as quickly as possible’ and like crying and people were just like, ‘I don’t know, I don’t know what to tell you. I can’t help you.’”

White said she emailed Air Canada, but has received no response.

COVID deaths fall overall by 9 per cent: WHO

After UN chief calls out ‘scandalous’ profits, Ottawa offers no plan to hike taxes on oil and gas industry

Walmart is laying off corporate employees