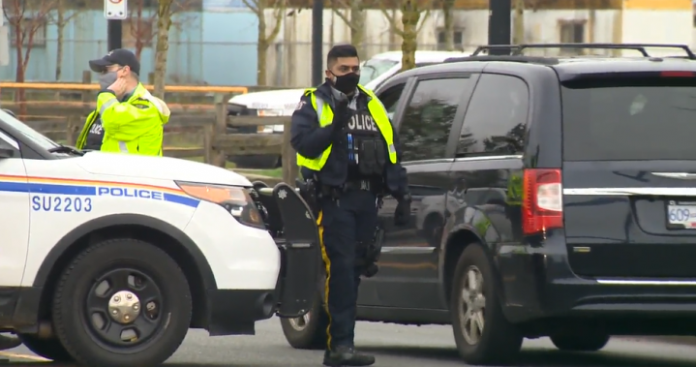 An all-party committee of B.C. MLAs is calling on the province to get rid of the RCMP in the province and replace it with a provincial police force.

The recommendation comes as the committee grapples with addressing concerns of racism connected to policing in the province.

In the report, the committee emphasized that transitioning to a provincial police service is not a reflection on the work of individual RCMP officers.

“It is a reflection of the challenges with governance and accountability with the current federal model,” the report states.

The report also focuses on ensuring all policing is responsive to and informed by the community as well as building trust by shifting the culture and structure of police services.

The province has not yet responded to the recommendations.

As part of moving towards a provincial police force, the committee is calling for the amalgamation of police services on a regional basis where there are opportunities to address fragmentation.

“The committee recommends that a new provincial police service take over services formerly contracted to the RCMP,” the report reads.

Adopting the report’s recommendations would involve the legislature passing a new Community Safety and Policing Act to govern the provision of policing and public safety services.

The goal would be to create a police force based on values of decolonization, anti-racism, community, and accountability.

‘It is time to act’: Report on B.C. policing finds ‘disturbing pattern of discrimination’

This would include ensuring Indigenous peoples and nations, and municipal governments, are engaged in the drafting of the legislation.

“Over the course of their consultation, it became clear to committee members that the Police Act is not meeting the needs of British Columbians, and that transformative change is required to modernize policing in B.C.,” the report reads.

“By including “Community Safety” in the name, the committee emphasizes the goal of ensuring that all British Columbians feel safe in their communities and how positive and collaborative relationships between the community and the police increase public safety.”