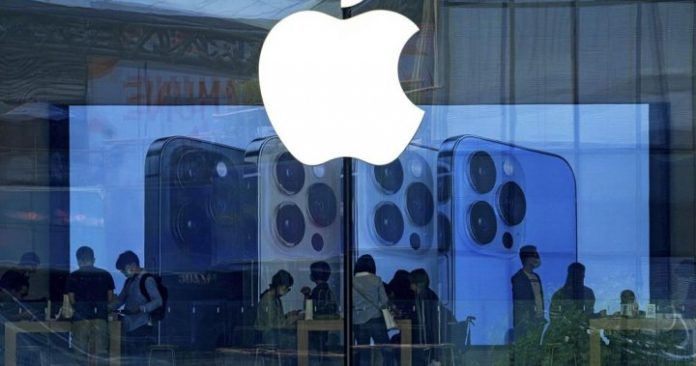 Apple on Thursday reported quarterly results that topped analysts’ profit projections despite supply shortages, economic fallout from the Russia-Ukraine war and a growth slowdown from the huge sales lift that technology products and service got from pandemic restrictions.

The results for the January-March period drew a picture of a still-expanding empire generating massive profits that have yielded the firm a $2.7 trillion market value — the largest among U.S. companies.

Apple announced a 5% increase in its quarterly dividend, which has been steadily rising since the company revived the payment a decade ago. Effective May 12, Apple’s new quarterly dividend will stand at 23 cents per share — more than doubling from 10 years ago.

Even so, Apple is facing some of the same challenges confronting many other major technology companies. After enjoying a pandemic-driven boom, it’s becoming tougher to deliver the same levels of spectacular growth that drove tech-company stock prices to record highs. The crisis continues to fade away and growth on a year-to-year basis has become harder to maintain.

Apple’s most recent quarter illustrated the high hurdles the Cupertino, California, company is now trying to clear. Revenue for the period totaled $97.3 billion, yet it was only 9% higher than the same time last year. It marked the first time in the past six quarters that Apple hasn’t produced double-digit gains in year-over-year revenue growth. But the number exceeded the average revenue estimate of $94 billion among analysts surveyed by FactSet Research.

Quarterly profit came in at $25 billion, or $1.52 per share, a 6% increase from the same time last year. Analysts had predicted earnings per share of $1.42,

Apple’s stock ticked up by 1% in extended trading. Before the numbers came out, the shares were down roughly 10% from their peak in early January.