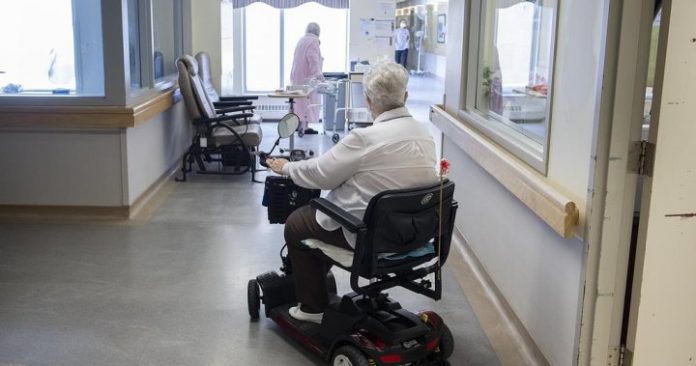 Advocates in British Columbia are calling new data from Canada’s 2021 census a “wake-up call” to government to take action now or face a health-care crisis amid an aging population.

The data, released by Statistics Canada on Wednesday, found people 85 years of age and older are the fastest-growing age group in the country.

That figure was up by 12 per cent since the 2016 census, more than double the Canadian average.

In B.C., the number of seniors surpassed one million for the first time, with people aged 65 and older making up 20.3 per cent of B.C.’s population, an all-time high for provinces west of Quebec, Statistics Canada said.

B.C. is also home to the seven municipalities with the oldest populations in Canada: Qualicum Beach (more than half of its population is 65 years and older), Osoyoos, Sidney, Parksville, Southern Gulf Islands, Nanaimo E, and Nanaimo.

“I think it’s a big wakeup for all of us — we’ve been sounding this alarm for quite a while,” Terry Lake, CEO of the BC Care Providers’ Association, said.

“When you look at the number of people over 85, the fastest-growing segment of the population, and we know the health care needs of people in that age category are much much higher, we simply don’t have the capacity to manage that at the moment.”

B.C. seniors’ advocate Isobel Mackenzie said 85 is around the age when seniors begin to have far more complex health-care needs, or begin to transition into retirement homes or long-term care facilities.

With that demographic now growing substantially faster than the province’s younger, working-age population, action is needed to build out health care supports, she said.

“The group are going to need more services, but also you see labour force participation rates lower,” she said.

“So not only do you have more people that are going to need services and supports, but you have fewer people as a percentage of your population that are able to do that work.”

Adding complexity to the issue, the province’s elders aren’t evenly distributed, with seniors making up around a quarter of the populations in Vancouver Island and the Okanagan, compared to just 16 per cent in the Northern Health region, she said.

Solving the riddle will be expensive, Lake warned, but necessary.

Over 100K people are transgender in Canada, 2021 census shows

“The other part of the demographic challenge is there are fewer people in the workforce contributing taxes to pay for this level of care.”

A key part of the solution, according to both Lake and Mackenize, will be immigration. Speeding up a path to residency and work for foreign-trained people with health-care skills will be crucial, they say.

1:26
Seniors over 85 expected to rapidly increase in next decade, impact health-care system: StatsCan

Seniors over 85 expected to rapidly increase in next decade, impact health-care system: StatsCan

“We have to make sure that when people come to Canada they come to B.C. and they come to the areas in B.C. where we need them,” Mackenzie said.

“That’s where the kinds of things around what kind of housing, what kind of jobs, what kind of resettlement process we can offer, all of those things are going to be important to make sure we get the workforce we need.”

By 2043, Atlantic provinces will have highest proportion of seniors over 85: census

“This isn’t a bad thing,” he said. “It is a challenge for our health-care system, but it’s one we should take on with energy and enthusiasm.”

With the demographic shift only expected to accelerate, Dix said the response would have to come at every level of the health-care system, but particularly with the bolstering of home-care options and long-term care facilities.

There was one figure in Wednesday’s census data that may help ease the coming pressure on the health-care system.

Seventy-seven per cent of B.C. seniors over the age of 85 are doing so independently, up five points from 2016, and nearly 10 per cent higher than the national average.