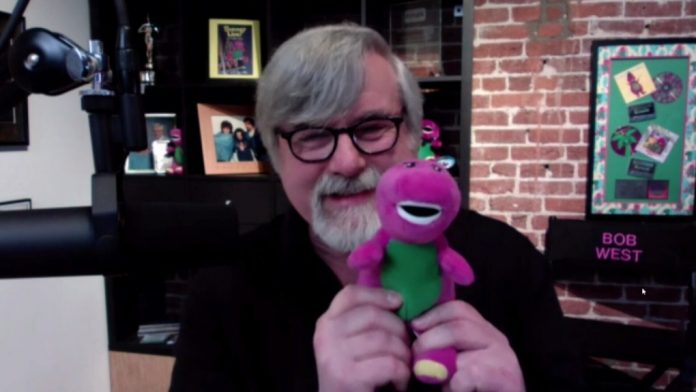 
The dinosaur from our imagination is marking a Jurassic milestone this month, celebrating 30 years since the airing of the first episode of “Barney & Friends.”


The children’s show first aired in April 1992 and for millions of fans around the world, the bright and happy purple T-Rex was the voice of their childhood who taught unforgettable life lessons, from the importance of family to how to speak English.


Barney himself told CTV News that he feels “amazing” turning 30, but pointed out that “technically, I’m like, hundreds of millions of years old.


“This is an exciting time. What a wonderful anniversary,” the dinosaur said.


The show was cancelled in 2009, but Barney is far from extinct. Or, as Barney puts it, “That great big asteroid, it missed me!”


The voice actor behind Barney, Bob West, is still in high demand and makes appearances at events to talk about Barney.


“It’s just amazing, especially being able to go out to the pop culture conventions and actually meet the fans,” West told CTV News.


Just in time for the anniversary, NBC is producing a three-part documentary about Barney, complete with interviews and archival behind-the-scenes footage. The series is set to premiere on Peacock, the company’s streaming service, later this year.


“I’m really, really interested to hear what they have to say because apparently they’re doing a lot of research,” West said. ” I think there’s probably going to be behind-the-scenes video and stuff that nobody’s ever seen before. It’s stuff that I have never seen. So, I’m excited for that.”


It’s one example of how 90s pop culture is making a resurgence. The sitcom “Friends” aired a reunion special last year and groups like the Spice Girls and Backstreet Boys are going back on tour this year.


West says many of the fans he meets at conventions are people in their early 20s to early 30s who had grown up watching his show, eager to get in touch with their childhood again.


“It’s the demographic, you know. I think that everybody’s coming of age now who was a big Barney fan when they were a little kid, and I’m definitely seeing that at the pop culture conventions,” he explained. “They’re kind of nostalgic for their childhood and they’re nostalgic for the things that were comforting, especially in times like this when things are a little unstable.”


A lot has changed in the world since the last episode of ‘Barney & Friends’ aired. The global pandemic is currently in its third year and there’s a much more toxic and divisive political climate. But West sees Barney as “outside of politics” while preaching inclusion and tolerance.


“Democracy is extremely important, but Barney does not deal in political things, and he doesn’t take sides. He’s very much about inclusion and about acceptance and tolerance and diversity,” he said.


Three decades later, the dinosaur sensation is still roaming the earth, comforting all ages and generations. And he has a message for his fans.


“I just want to say one thing and that is, remember, I love you!” Barney said.

Travel delays: Conservatives want to do away with restrictions

COVID: About 9% of patients return to hospital in 30 days

Monkeypox cases under investigation in Canada as outbreak spreads in Europe, U.S.

Royal tour: Metis leader calls for apology from the Queen