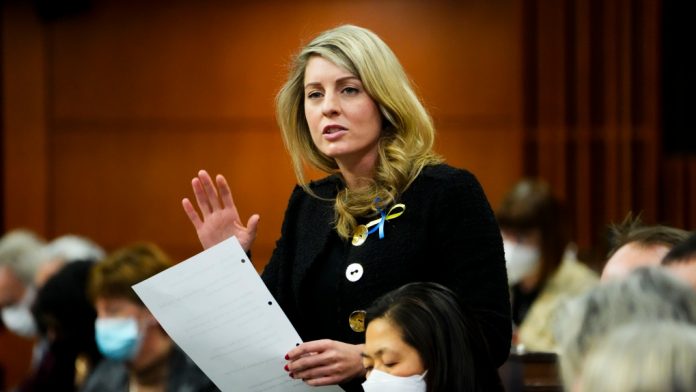 The federal government is looking to give itself new powers to seize and sell off already sanctioned assets from foreign entities, and use the proceeds to help rebuild impacted countries and compensate victims.


It’s a policy change the Liberals have already indicated a desire to use once it passes against sanctioned Russians over their ongoing attacks in Ukraine.


Under the proposed measures, the Special Economic Measures Act—which outlines Canada’s sanctions—would be updated to, among other things, allow the federal government to “take economic measures” in situations where breaches of international peace and security have occurred, when there are acts of “significant corruption,” or where systematic human rights violations have been committed in a foreign state or acts of significant corruption.


Through the changes to the Act, Canada could be empowered to order applicable property to be forfeited, and the funds collected could then be turned around to help rebuild a war-torn country, compensate those victim to human rights abuses or corruption, or generally help restore peace and security.


“Today, we are seeking the capacity to not only seize but to allow for the forfeiture of the assets of sanctioned individuals and entities and to allow us to compensate victims with the proceeds,” said Foreign Affairs Minister Melanie Joly in a statement, adding that Canada would be the first G7 country to have a sanctions regime that allows for such actions.


From top politicians to influential oligarchs and industry giants, Canada has slapped sanctions on more than 1,000 individuals and entities who it considers complicit in the current Russian attacks on Ukraine. The sanctions so far have just permitted the freezing of Canadian assets alongside other prohibitions.


It remains unclear how many of the entities or individuals Canada has sanctioned have assets that would be within reach of Canadian authorities through these powers.


The move appears to mirror a proposal gaining traction in the Senate, from Sen. Ratna Omidvar, which seeks to see Canada confiscate and repurpose frozen assets.


These new powers are being outlined in advance of a coming wide-spanning Budget Implementation Act that will be moving to make hundreds of pages of legislative amendments stemming from commitments made in the 2022 federal budget.


Called a “Ways and Means” motion, the wording tabled in the House of Commons on Tuesday acts essentially as a heads up to parliamentarians about what the budget bill will include when it’s tabled, a move expected in the coming days. It’s a process specific to budgets, and the language presented in the motion will still need to be introduced through legislation and moved through the House and Senate legislative processes.


Also included in the motion are plans to update the Criminal Code, the Copyright Act, the Customs Act, the Immigration and Refugee Protection Act, the Corrections and Conditional Release Act, and the Parliament of Canada Act, among many other legislative amendments that were in some way flagged in the April 7 budget document.


While vaguely worded, the government did indicate in the budget their intent to keep working with allies and clarifying the Foreign Affairs Ministers’ powers as it pertains to the ability to “target the assets and ill-gotten gains of Russia’s elites and those who act on their behalf.”


“This includes the use of resources to identify, freeze, and seize assets to ensure that sanctioned individuals and entities are no longer able to access their resources and wealth abroad,” reads the budget.


Despite the expected omnibus nature of the coming bill, there isn’t much question over whether or not it will pass, given that the NDP have made a deal with the Liberals to support their budgets and other confidence matters until 2025.


It remains to be seen how long the massive piece of legislation will take to pass. The most recent and considerably shorter bill moving through budgetary measures from the December 2021 fiscal update is still working its way through Parliament.

In line to join NATO, Sweden and Finland are facing some ‘vulnerable’ months

Airbnb Categories: The new way to find and book stays