Canada must be ready for ‘all scenarios’ as Russia continues nuclear threats: Joly – National 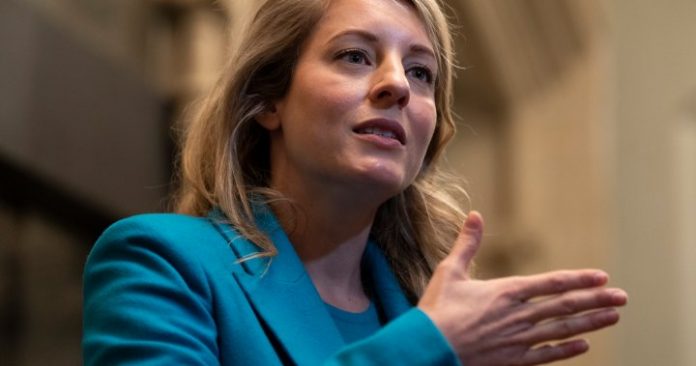 Canada and allies must be ready for “all scenarios” when it comes to whether Russia could deploy nuclear weapons amid its “failure” in Ukraine, says Foreign Affairs Minister Mélanie Joly.

Joly appeared before the Senate foreign affairs committee Thursday afternoon to answer questions about the federal government’s response to Russia’s attacks on Ukraine, which began on Feb. 24.

Since then, Russian officials have issued varying degrees of nuclear threats and Joly was asked by the committee how seriously Canadians should be taking those threats of a potential nuclear conflict.

“I think that we have to be ready for all scenarios, and I think at the same time that it won’t be the last time Russia makes threats in light of the fact that Ukrainian forces are resisting way more than they thought,” Joly responded.

“Clearly, their invasion is a failure and will continue to be a failure, and we won’t stop our efforts until Ukraine wins. When I mean Ukraine wins, what I mean is Russian forces leave Ukraine,” she added.

“That is why we need to make sure we work with allies on this and we prepare for different types of scenarios.”

Russia has retreated over recent weeks following what officials are increasingly billing as a failure to seize and control key areas of Ukraine including the capital city of Kyiv.

But the retreat is seeing a shift in focus on the eastern region of Donbas, and a regrouping of Russian forces ahead of what is expected to be a major military push in the coming days and weeks.

That anticipated advance comes as May 9 approaches — a major date celebrated as ‘Victory Day’ in Russia to commemorate the former Soviet role in defeating the Nazis during the Second World War.

3:00
Zelenskyy says world should prepare for Russia to use nuclear weapons

Zelenskyy says world should prepare for Russia to use nuclear weapons – Apr 16, 2022

Joly pointed to the date during the committee as a factor in the rapid scale-up in military weaponry being sent or pledged to Ukraine by NATO allies, including Howitzer missiles and armoured vehicles from Canada over the past week.

“The danger is serious, real. And we must not underestimate it,” Reuters cited Lavrov as saying in a transcript of his comments issued by Russia. “NATO, in essence, is engaged in a war with Russia through a proxy and is arming that proxy. War means war.”

Reuters reported that Lavrov had been asked on state TV about the prospect of a Third World War and whether the current situation was comparable to the 1962 Cuban Missile Crisis that nearly caused nuclear war.

“It’s obviously unhelpful, not constructive, and certainly is not indicative of what a responsible (world power) ought to be doing in the public sphere,” Kirby said. “A nuclear war cannot be won and it shouldn’t be fought. There’s no reason for the current conflict in Ukraine to get to that level at all.”

Ukrainian President Volodymyr Zelenskyy warned earlier this month in an interview with CNN that the world should prepare for Russia to use nuclear weapons.

That report also cited CIA Director Bill Burns as saying: “Given the potential desperation of President Putin and the Russian leadership, given the setbacks that they’ve faced so far militarily, none of us can take lightly the threat posed by a potential resort to tactical nuclear weapons or low yield nuclear weapons.”

– with files from Reuters