Canada’s working-age population is older than ever, StatsCan says 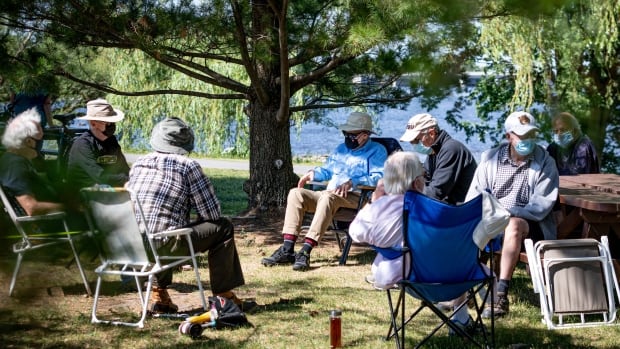 Canada’s working-age population is older than it has ever been, with more than one in five working adults now nearing retirement in a demographic shift that will create significant challenges to the Canadian workforce in the coming decade, according to new census figures released Wednesday.

Calling it a “date with demographic destiny,” Laurent Martel, director for the centre of demography at Statistics Canada, said: “Canada is at a very special place right now” in its demographic history.

“There are very large implications of this situation and it is certainly one factor explaining the current labour shortages that Canada is experiencing.”

The Canadian population now has a larger proportion of people aged 55 to 64 than it does of those aged 15 to 24, the age at which people enter the workforce.

“There are challenges associated with an older workforce, including knowledge transfer, retaining experienced employees and workforce renewal,” the agency said in its report.

Statistics Canada says that this trend can be slowed through immigration, but “an increase in immigration — even a large one — would not significantly curb this projected drop.”

The 2021 census says that while declining fertility rates and an increased life expectancy are important factors, the single most significant driver of Canada’s aging population trend is the ongoing retirement of baby boomers (Canadians born between 1946 and 1965 ), which began in 2011.

Despite this news, Statistics Canada says the country still has one of the youngest working-age populations in the G7 after the U.S. and the United Kingdom, with 15- to 64-year-olds making up 64.8 per cent of the population compared to Japan, where it’s less than 60 per cent.

It’s not just Canada’s workforce that is aging significantly, it’s the population as a whole, Statistics Canada said.

The seven million Canadians 65 and older make up 19 per cent of the population, up from 16.9 per cent at the time of the last census.

A closer look shows that the number of Canadians aged 85 and older rose almost 12 per cent from the time of the last census, while Canadians aged over 100 rose by more than 15 per cent.

Statistics Canada population projections indicate that by 2051, almost one-quarter of the population could be aged 65 and older and include almost 12 million people.

Joy Drop: Reasons to smile on this Canada Day

Rays aim to stop slide in game against the Blue Jays