COVID in kids under 5: When will vaccines be approved? 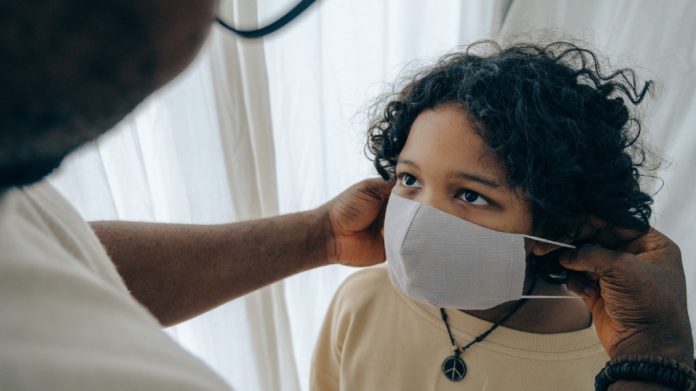 Even as Canadians contend with a sixth wave of COVID-19 infections, children under the age of five remain the only age group in Canada without access to vaccines designed to protect against the virus.


As of April 27, Health Canada has not received applications from any vaccine manufacturers requesting authorization of a COVID-19 vaccine for children under the age of five. However, Moderna says it is currently working on a submission to Health Canada for approval.


The lack of vaccines, combined with high levels of community transmission, may leave some parents concerned about their youngest children being exposed to infection.


Dr. Martha Fulford is an infectious disease expert and chief of medicine at the McMaster University Medical Centre in Hamilton, Ont. She said that until a vaccine has been proven to provide the youngest children with significant protective benefits, there’s no reason to rush the process.


“You can’t vaccinate a zero to four-year-old until you have a vaccine that actually does something for the child, and where the benefit has been shown to outweigh any potential risk,” Fulford told CTVNews.ca in a phone interview on April 25. “Eventually, I think we’ll have one, but it shouldn’t be rushed.”


In Pfizer-BioNTech’s case, an ongoing clinical study is evaluating the efficacy of vaccines for children between six months and four years of age. After two doses, the company saw that the vaccine did not meet its criteria for immunogenicity, said Dr. Dina Kulik, a pediatric emergency doctor based in Toronto. This means the vaccine was unable to elicit an effective antibody response among those involved in the study, she said. What the company has decided to do instead is extend its trial to include a third dose. Pfizer is expected to release this data in May, before it is evaluated by the United States Food and Drug Administration.


“It wasn’t approved because it wasn’t effective, quite frankly,” Kulik told CTVNews.ca on April 21 in a phone interview. “It didn’t do what it’s meant to do, so why would we give any vaccine … if you’re not going to see benefit?”


While it may have been disappointing to see that two doses of the vaccine were not as effective among children under the age of five as they initially were in adolescents or adults, it’s typical for vaccine products manufactured for children to face delays and enter the market later than products created for adults, said Dr. Jesse Papenburg, a pediatric infectious disease specialist at the Montreal Children’s Hospital.


“We’ve all been so accustomed to such rapid success in terms of the randomized control trial data showing tremendous efficacy for adults so quickly,” he told CTVNews.ca in a phone interview on April 26. “It’s really not unusual for vaccine development for children [to] take longer in terms of having those studies and really trying to find the lowest dose possible that elicits a protective immune response.”


Data released by Moderna is based on a study involving children from six months to five years of age, with results separated between two age groups – those who are six months and one year old, and those between the ages of two and five. Results show that two doses of the vaccine had an efficacy of 43.7 and 37.5 per cent across both groups, respectively. The company recently submitted an application to the U.S. FDA for authorization of its vaccine.


Both pharmaceutical companies are expected to submit their applications to the FDA for approval before submitting to Health Canada, Papenburg said, though it’s likely Canada could see these requests for authorization within days or weeks of being filed in the U.S. The goal of this review is to determine that the products work and are safe to use, he said.


“These companies prioritize the U.S. market because FDA approval does carry some weight internationally,” he said. “I would expect Health Canada to receive submissions, if not by the end of May, then by sometime in June … based on the information that the FDA has provided with their anticipated timelines.”


However, looking at the data that’s currently available on efficacy of these vaccines, Fulford said she isn’t entirely convinced that they will offer a strong benefit to children under five. More data is needed to assess how much these vaccines will decrease the burden of COVID-19 among children in this age group, and how safe they will be before doctors are able to make recommendations on their use, she said.


“To me, there’s just more questions than answers at this point,” said Fulford. “You have to have a really compelling case that there’s going to be a significant benefit to doing this.”


According to Fulford, the bar for developing and approving vaccines for children is much different than it is for adults. This stems from evidence that children tend to be at lower risk of bad outcomes from COVID-19 infection, she said. Studies have shown that the risk of severe illness from contracting the virus increases with age.


“Kids have a much higher bar in terms of effectiveness of vaccines … and you have to be darn sure you’ve discussed the adverse outcomes,” she said. “When you have the lowest-risk group of people for [severe] outcomes from the disease, you have to have the highest safety bar.”


Papenburg echoed this sentiment, adding that the goal is for manufacturers to produce vaccines with the smallest dosage possible.


“The idea of using the lowest possible dose really stems, in part, from a desire to have as safe a product as possible, considering that the disease we’re preventing in pediatrics is less deadly than it is in adults,” Papenburg said. “We do hold vaccines to a little bit of a higher standard when it comes to safety in children.”


In the pediatric patients she’s seeing at the moment, Kulik said common symptoms such as fever, sore throat, fatigue and body aches continue to surface. But with the Omicron BA.2 sub-variant in particular, she said she’s also noticing less respiratory distress and more vomiting and diarrhea, as well as rashes often mistaken for hand, foot and mouth disease.


“This particular strain seems to be causing more discomfort from what I’m seeing professionally,” she said. “It’s uncomfortable, but it’s not causing severe illness … By and large, kids are doing well but they do feel very crummy.”


According to data collected by Public Health Ontario as of April 25, the number of children aged zero to four who were hospitalized over the two weeks prior was 47 out of a total population of about 723,000. As of April 26, Quebec health authorities reported just seven hospitalization among children within the same age group. These figures are quite low compared to hospital admission rates for some of Canada’s older populations, Fulford said.


As a result, it’s crucial to determine a clear goal for vaccines in children, Fulford said. Based on the vaccine program that has been rolled out in Canada so far, the goal has largely been to prevent severe outcomes as a result of COVID-19 infection, she said. But when dealing with an age group that is already at lower risk of these outcomes, particularly when compared to older populations, this means it is important to also weigh the risks and benefits associated with getting vaccinated for each individual child, Fulford said. This includes taking into consideration existing comorbidities such as obesity or diabetes, which tend to result in higher risk of developing severe outcomes as a result of infection.


“The kids who are at risk kind of know who they are,” she said. “They’re the kids who were at risk before being infected with COVID-19.”


WHAT CAN BE DONE TO MITIGATE RISK IN KIDS?


In addition to awaiting COVID-19 vaccine approval for children ages four and below, it remains to be seen what the guidance will be surrounding its use, Fulford said.


“Approving something is not the same as saying, ‘Everybody should get it now,’” she said.


Once approved, immunization advisory committees are expected to put vaccine efficacy results into broader context, factoring in the disease burden facing the population, as well as relevant risk-benefit analyses to produce recommendations on the use of these vaccines.


“Is it possible that both [vaccines] will be recommended with the same strength, or would there be preferential recommendation for one product over another?” Papenburg said. “That’s what [the National Advisory Committee on Immunization] will look at, in the framework of equity ethics, acceptability and feasibility.”


Another important question that remains to be answered is what the potential benefit of COVID-19 vaccination would be in young children who have already been infected, Fulford said. One study conducted during the Alpha and Delta waves in England shows that reinfection rates appear to be lower among children than adults, for example, but more recent data on the topic remains limited. In the United States, recent data from the Centers for Disease Control and Prevention show that nearly three quarters of children across the country have previously been infected with COVID-19.


Omicron continues to be the predominant variant in circulation in Canada. While Omicron infections appear to be milder in children, they are not trivial, Papenburg said. If a high number of children become infected with the virus, this also increases the chances that a greater proportion of these children could develop severe outcomes after infection, said Kulik.


Children attending school or daycare are especially at risk of contracting the disease due to high levels of interaction with others, often in settings where mask mandates are not in effect, she said.


While no vaccines are currently available for children under the age of five in Canada, efforts can still be taken to limit the chances of these children contracting COVID-19, Papenburg said. This includes limiting social contact with others, and for those aged two and older, wearing a mask indoors if possible, especially when physical distancing is not an option. Mitigating risk also involves avoiding crowded spaces, close contact and poor air circulation, Fulford said.


“Everything that we’ve told people they can do to help reduce risks [of contracting COVID-19], these things are still applicable today,” said Papenburg.


Fulford also encourages parents with young children to assess the potential risk and benefits of going forward with any activity when it comes to developing a COVID-19 infection. There may be circumstances where risks exist, such as when a child attends school or participates in extra curricular activities with other children, but any associated benefits might outweigh those risks, she said.


“Risk-benefit isn’t COVID versus no COVID – it’s total harm minimization in every aspect of what might affect a child’s life,” Fulford said. “It’s a balancing act for every family.”


What questions do you have about Omicron?


With the emergence of a new COVID-19 variant of concern, labelled Omicron, CTVNews.ca wants to hear from Canadians with any questions.


Tell us what you’d like to know when it comes to the Omicron COVID-19 variant.


To submit your question, email us at dotcom@bellmedia.ca with your name, location and question. Your comments may be used in a CTVNews.ca story.