Elon Musk to buy Twitter: How will he implement change? 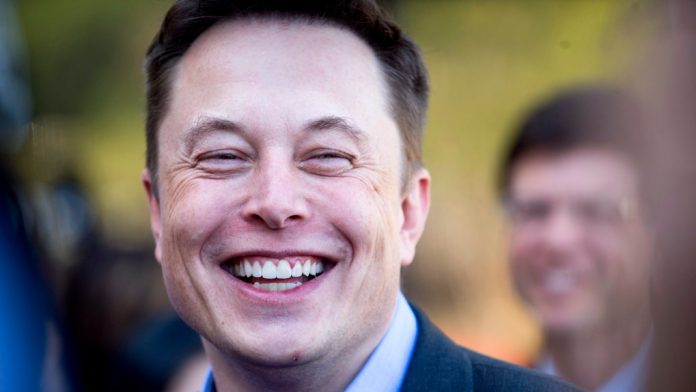 Coming up with US$44 billion to buy Twitter was the easy part for Elon Musk.


Next comes the real challenge for the world’s richest person: fulfilling his promise to make Twitter “better than ever” as a lightly regulated haven for free speech.


His vision for improving the 16-year-old company leans heavily on a pledge to make speech “as free as reasonably possible” on the platform — a commitment that’s been celebrated on the political right and among followers of former President Donald Trump, whose account last year was permanently banned. For others who worry that Musk will give free rein to agitators who spew hate, lies and other harmful content, making the platform too toxic for advertisers and average users, Musk has offered few assurances.


“The extreme antibody reaction from those who fear free speech says it all,” he tweeted Tuesday


Many of Musk’s proposed changes reflect his own experience as a high-profile and outspoken Twitter user with more than 85 million followers and a swarm of pesky impersonator accounts that use his name and photo to promote cryptocurrency schemes. The statement announcing his acquisition of Twitter on Monday highlighted the need to defeat “spam bots” that mimic real users.


But what about Twitter’s more than 200 million other users who aren’t getting banned or flooded with spam? There’s still a lot of uncertainty about whether his ideas are technologically feasible and whether these changes would benefit most regular users, or serve some other purpose.


“He’s made it pretty clear he’s not interested in making Twitter a profitable enterprise,” said Joan Donovan, who studies misinformation at Harvard University. “It’s about the power and the influence of Twitter itself and its importance in our culture.”


Experts who have studied content moderation and researched Twitter for years have expressed doubt that Musk knows exactly what he is getting into. And some of the problems he has identified aren’t felt by most users.


“The spam bots, for him, are highly visible and somewhat personal,” said Donovan. “Most people don’t see a lot of these spammy accounts.”


And for those unhappy with the company’s crackdown on hate, harassment and misinformation, there are plenty of fledgling examples of “free speech”-focused social media platforms that have been launched in the past few years as Twitter antidotes, largely by conservatives. Many have struggled to deal with toxic content, and at least one has been cut off by its own technology providers in protest.


“This move just shows how effective (moderation features) have been to annoy those in power,” said Kirsten Martin, a professor of technology ethics at the University of Notre Dame. “I would be worried as to how this would change Twitter’s values.”


The fact that no other bidders emerged in public before Musk’s deal was a sign that other would-be acquirers might find Twitter too difficult to improve, said Third Bridge analyst Scott Kessler.


“This platform is pretty much the same one we’ve had over the last decade or so,” Kessler said. “You’ve had a lot of smart people trying to figure out what they should do, and they’ve had trouble. It’s probably going to be tough to make a lot of headway.”


Musk received an effusive, if highly abstract, endorsement from Twitter co-founder and former CEO Jack Dorsey, who praised Musk’s decision to take Twitter “ back from Wall Street ” and tweeted that he trusts Musk’s mission to “ extend the light of consciousness ” – a reference to Dorsey’s notion that “Twitter is the closest thing we have to a global consciousness.”


But others familiar with Twitter say they’re dismayed at Musk’s successful bid for the company.


“Twitter is going to let a man-child essentially take over their platform,” said Leslie Miley, a former Twitter employee who has also worked for Google and Apple. Miley, who was the only Black engineer at Twitter in a leadership position when he left the company in 2015, echoed doubts about Musk’s grasp of the platform’s complexities.


“I am not sure if Elon knows what he is getting,” Miley said. “He may just find that having Twitter is a lot different than wanting Twitter.”


The more hands-off approach to content moderation that Musk envisions has many users concerned that the platform will reanimate accounts that propagated dangerous conspiracies and harassment.


Wall Street analysts said if he goes too far, it could also alienate advertisers – Twitter’s chief revenue source. And it could make it harder to retain some of the San Francisco-based company’s more than 7,500 employees, some of whom are already voicing doubts about the future of their stock-based compensation on top of broader concerns about a backslide on content standards.


In Europe, officials reminded Musk about a new law, the Digital Services Act, that will force tech companies to step up policing of their online platforms.


“Be it cars or social media, any company operating in Europe needs to comply with our rules – regardless of their shareholding,” tweeted Thierry Breton, the European Union commissioner in charge of the bloc’s internal market. “Mr. Musk knows this well. He is familiar with European rules on automotive, and will quickly adapt to the Digital Services Act.”


Musk’s takeover is not yet a done deal and still awaits the approval of a majority of Twitter’s stockholders. Twitter previously scheduled its annual shareholders meeting for May 25, but a regulatory filing Tuesday said the company will be convening a special meeting “as promptly as reasonably practicable.”


While there are likely to be some bumps along the way, there don’t appear to be serious enough obstacles to stop the deal, according to Charles Elson, director of the Weinberg Center for Corporate Governance at the University of Delaware.


Twitter or Musk can walk away from the deal if it’s not completed by Oct. 24, but if either Musk or Twitter is deemed responsible for the deal not going forward, they would have to pay a $1 billion termination fee, according to details of the transaction contained in a regulatory filing published Tuesday. The filing also showed that Twitter has dropped a “poison pill” measure it had earlier adopted to defend against Musk’s takeover by making it prohibitively expensive.


Normally when companies go private, dissenting shareholders are forcibly cashed out. Some could challenge the stock price in court, contending that Musk should pay more, but that probably won’t hold up the sale, Elson said.


It’s likely that Musk would dissolve the current board and replace it with a new one that would agree with his management direction. And once Twitter is private, Musk will face fewer gripes from shareholders that often bring lawsuits, Elson said. Private companies also don’t face as much scrutiny from the Securities and Exchange Commission, which has been a finger in Musk’s eye for years, often because of statements he’s made on Twitter.


On Tuesday, shares of Twitter traded just under $50, below the $54.20 purchase price. Twitter will offer a glimpse into the health of its business when it reports its quarterly financial results Thursday.


Twitter’s constituents aren’t the only ones anxious about Musk’s $44 billion investment.


Shares of Musk’s electric car company, Tesla, have lost about 19% of their value since Musk announced his stake in Twitter, including about a 12% decline on Tuesday. Analysts say investors are fearful that Musk will be distracted by the social media company and less engaged in running Tesla.


“He’s going to be spending more time with another venture,” Edward Jones Senior Equity Analyst Jeff Windau said of Musk, who also runs SpaceX, The Boring Co., which digs tunnels, and Neuralink, a computer-brain interface company. “There’s a potential limit on the amount of bandwidth that you can apply to each of these companies.”

Monkeypox cases in Europe have tripled: WHO