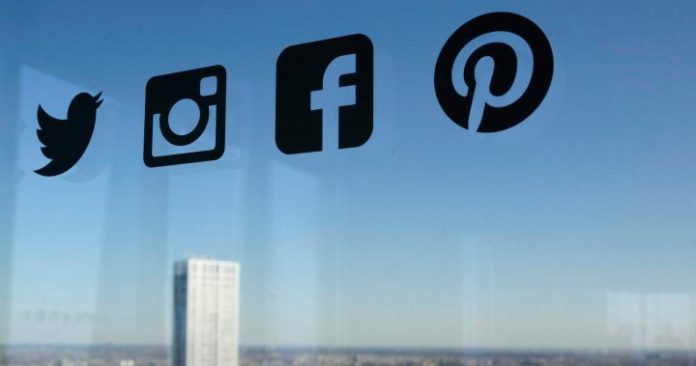 Leaders from Meta Canada and Twitter defended their handling of hateful content — including that from the far-right — on Tuesday in committee testimony that saw both platforms argue extremists are actively working to “game the system” and “evade” restrictions.

At the same time though, experts studying hate speech and extremism warned committee members that the failure to better prevent the spread lies squarely on the platforms — and that without action, groups like white supremacists will only continue to radicalize more Canadians.

“It is indisputable that social media companies are major drivers of global hate,” said Wendy Via, co-founder of the Global Project Against Hate and Extremism.

Via warned that “growing demographic diversity in both countries” is emerging as a significant factor in extremist efforts to spread white supremacist ideologies in both Canada and the U.S.

“The movements pushing these ideas will likely become stronger in the years to come as they have a historical foundation and sympathy that other extremist movements will never achieve,” Via added.

“It is for this reason that countering them is of the utmost importance.”

13:06
The David and Goliath fight against online conspiracies

The David and Goliath fight against online conspiracies – Apr 9, 2022

The question of how best to do that though has put social media platforms including Facebook, owned by Meta Canada, and Twitter under the spotlight, and the committee meeting was no different.

Repeatedly, the senior leaders from both organizations faced questions over how they use algorithms to determine the content that ends up in users’ feeds, and how some forms of ideologically motivated violent extremism manage to remain online.

“I don’t think it’s unfair to say everyone is trying to game the system,” said Michele Austin, director of public policy for Twitter in Canada and the U.S.

“Gaming the system is really a big deal.”

“We know this is an adversarial space,” he said, adding extremist users “are trying to evade our enforcement.”

Officials from Meta Canada said the platform has taken down a total of 250 white supremacist groups operating domestically in recent years.

Incels are targeting ‘next generation of extremists’ online. Could algorithm reform help?

The testimony before the House of Commons public safety committee came amid a study into the rise of ideologically motivated violent extremism (IMVE).

That’s the term used by national security agencies in Canada to describe the spectrum of extremist and, in some cases, terrorist ideologies that often share similar themes of anti-immigrant, anti-government, antisemitic and anti-women views.

Many of those are rooted in notions of white supremacy.

Some aspects of IMVE such as hatred of immigrants tend to fall on the far-right of the political spectrum, and are sometimes referred to colloquially as the “far-right.”

Barbara Perry, director of the Centre on Hate, Bias and Extremism at Ontario Tech University, said during her testimony that the latest data indicates the threats to Canadians of mass murders and violence from adherents to other ideologies are “dwarfed by what we see from the far-right.”

“Specific to the Canadian context, that’s really where the predominant threat is in terms of violence,” she told the committee.

As Global News has previously reported, content described by experts as a “gateway” to extremist incel ideology can be found in as little as four clicks on at least one social media platform.

It’s part of what one front-line counter-extremist worker called an effort by extremist recruiters “to really grow the next generation of extremists.”

And Canadian youth are not the only targets: as the committee heard, military veterans appear to be the focus of some recruiters who view their skills in weaponry and explosives to be a valuable asset.

A report released on Monday by Defence Minister Anita Anand’s Advisory Panel on Systemic Racism and Discrimination determined membership by military members in white supremacist and IMVE groups is “growing.”

But that report also warned “it is becoming increasingly covert, and technological advances such as Darknet and encryption methods pose significant challenges in detecting these members.”

Via said part of the vulnerability lies in the transition period when members retire from the military — a time when many struggle to navigate the shift in their “sense of community, the sense of being part of something, the sense of protecting your country.”

Making sure veterans and military members are able to access support services and stay involved in the communities they have built throughout their careers could help lower the risk of radicalization, she said.

Pressure is growing on governments around the world to act to regulate social media platforms that allow hate speech and harmful misinformation to spread on their sites.

The federal Liberals promised last year to introduce legislation cracking down on social media platforms in a bid to counter what the government described as “online harms.” But more than seven months after being re-elected in September 2021, there are still few details on any plan.

Evan Balgord, executive director of the Canadian Anti-Hate Network, said any government crackdown on extremist content needs to target the big social media platforms in order to make a difference.

“They start on the Facebooks and the Twitters of the world,” he said of people who radicalize.

“We need to make it so they act responsibly. They’ve had 10 years to figure out how to do it for themselves,” he continued. “Quite frankly, the status quo’s untenable.”

Monkeypox: How concerned should we be?

Not losing the war in Ukraine is no substitute for victory, say experts