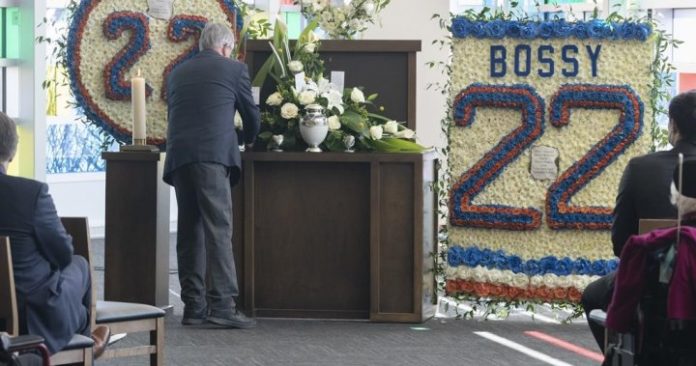 Hundreds of fans, hockey personalities and journalists paid their last respects to Hockey Hall of Famer Mike Bossy on Thursday at a funeral service north of Montreal.

Bossy, a leader of the New York Islanders’ Stanley Cup dynasty in the early 1980s, died April 14 of lung cancer at age 65.

Quebec Premier François Legault attended the ceremony at a funeral complex in Sainte-Thérèse, Que., and told reporters he had developed a friendship with Bossy over the years.

Legault says Bossy, who helped the Islanders win the Cup four straight years from 1980-83, was a fighter and wanted to beat the disease.

He says he loved to watch Bossy’s hockey analysis on television for TVA Sports.

Visitors were able to observe a floral arrangement in the form of a 22 — Bossy’s jersey number — and his Islanders jersey signed by several former NHL stars, including Maurice Richard, Guy Lafleur, Jean Beliveau and Gordie Howe.

New York shooting: Woman fatally shot while out with baby