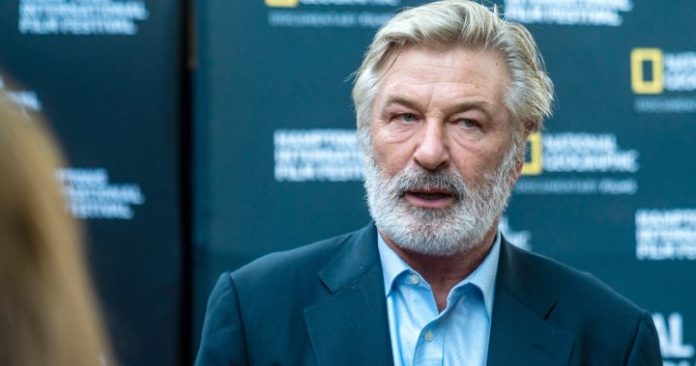 Police have released bodycam footage from the Rust film set, including video of actor Alec Baldwin just moments after the fatal shooting of cinematographer Halyna Hutchins.

On Monday, the Santa Fe County Sheriff’s Office released “all files associated with our ongoing investigation.” This included several photos and videos from October 2021, when Hutchins was struck and killed by a prop gun shot by Baldwin, 64, which contained a “live round.” Rust writer and director Joel Souza was also injured in the incident.

The shooting occurred as Baldwin rehearsed with what he believed to be a safe gun.

Further bodycam footage shows paramedics rushing to treat Hutchins and Souza on the film set before they are brought into ambulances.

Video of a visibly distressed Baldwin speaking to an officer in his cowboy costume was also released. In the recording from just minutes after the shooting, the officer asks if Baldwin is OK, to which he replies, “No, I’m not, actually.”

Baldwin, in the video, confirms to officers, “I was the one holding the gun, yeah.” He continues to be co-operative with police despite his flustered state, and says, “My hands are shaking.”

The actor asks authorities how Hutchins is doing and is told her “status is questionable.”

Later, crime scene technicians took photos of Baldwin in his costume as evidence.

Separate bodycam footage of Rust armourer Hannah Gutierrez Reed was made public, in which she tells authorities, “Welcome to the worst day of my life.”

Gutierrez was responsible for maintaining and supplying weapons on the movie set.

In the minutes just after the shooting, Gutierrez tells police she is the movie’s armourer, adding, “Or at least I was.” Later, as she is accompanied by a female officer to the restroom, Gutierrez says, “I can’t believe Alec Baldwin was holding the gun. That’s so f–ked.”

Gutierrez also tells the officer she wants to be away from her co-workers, saying, “I just want to get the f–k out of here and never show my face in this industry again.”

“I’m the only female armourer in the game and I just f–ked up my whole entire career,” she says in the video footage.

Emails and messages from Gutierrez were also included alongside the photo and video evidence from the Rust set. In one message, Gutierrez asks a supplier for live ammunition for a separate film from months earlier.

The Santa Fe County Sheriff’s Office has not filed any criminal charges in relation to the incident as of yet.