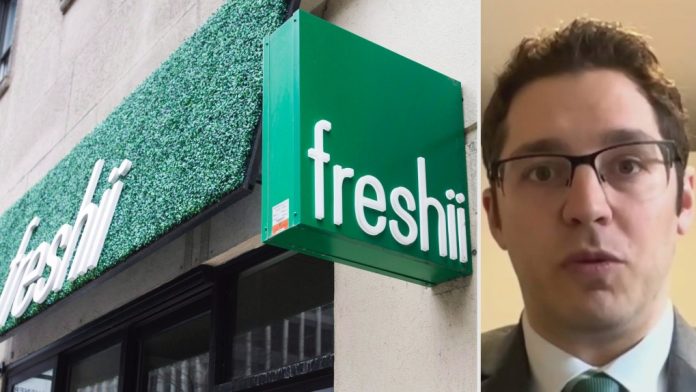 Freshii is coming under fire for outsourcing virtual cashier jobs to Nicaraguans paying $3.75 per hour.


The restaurant chain replaced some of its in-store cashiers in Ontario with workers in Central America who run the cash through a video link, as reported by The Toronto Star. Some of these workers are reportedly being paid less than the price of the food chain’s dishes.


“This is another example, I think, of the law perhaps not keeping up with technology,” employment lawyer John Pinkus told CTV News Channel on Wednesday.


Labour groups such as the Canadian Labour Congress are criticizing the move, calling it disgusting.


As for whether the move is legal, Pinkus says it is and likened it to how out-of-country call centres field customer support questions for companies based in Canada.


But he says the move does appear to skirt provincial standards.


“If companies can get out of [provincial employment standards] by simply saying, ‘we’re going to go to a country where the wage is less’ and that takes away work from people here, then that could pose an ethical issue,” Pinkus said.


“On the other hand, I’m sure the companies would argue that these are jobs that we were unable to fill in Ontario, and therefore it’s just a function of the labour market.”


He said similar tactics are already being used by other companies in Canada and the U.S., including American restaurant chain Jack in the Box, which outsources people overseas to receive its take-out orders.


Pinkus did note that there have been recent changes to the Ontario’s Employment Standards Act to address certain concerns with working from home arrangements and telecommuting and when it comes to latest revelations about Freshii, “maybe some more changes may be on the way to deal with this.”

Kids in the Hall are coming back — but is sketch comedy coming too?