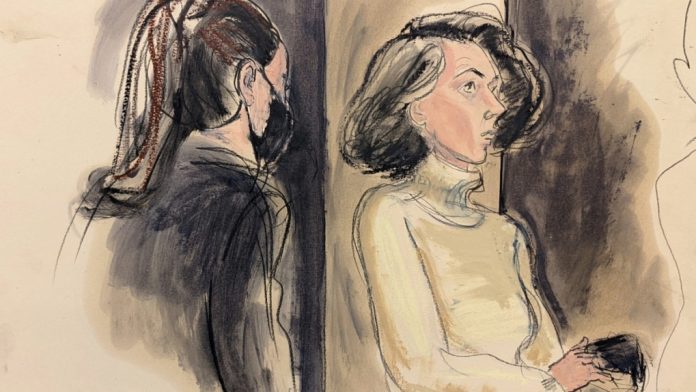 
British socialite Ghislaine Maxwell on Friday lost a bid to overturn her December 2021 conviction on sex trafficking charges, paving the way for her to be sentenced to decades in prison.


Maxwell, 60, who was convicted of helping recruit and sexually abuse girls for deceased financier Jeffrey Epstein to abuse, is scheduled to be sentenced in June.


U.S. Circuit Judge Alison Nathan ruled on Friday that three counts of the guilty verdict were supported by testimony and evidence presented at Maxwell’s trial in Manhattan federal court.


Nathan, however, rejected the guilty verdicts reached on two of the counts, reducing the maximum possible sentence faced by Maxwell by 10 years to 55 years behind bars.


Nathan said three of the charges effectively covered the same offense, so upheld only one of those three guilty verdicts.


“This legal conclusion in no way calls into question the factual findings made by the jury,” Nathan wrote. “Rather, it underscores that the jury unanimously found – three times over -that the Defendant is guilty of conspiring with Epstein to entice, transport, and traffic underage girls for sexual abuse.”


Maxwell was convicted on five of six charges at trial.


Her request to overturn the conviction was separate from an earlier motion, also unsuccessful, for a new trial because of one juror’s failure to disclose during jury selection that he had been sexually abused as a child.


Maxwell’s lawyers argued that if they had known about the juror’s history, they would have struck him from the panel. But Nathan concluded that the juror was not biased against Maxwell and served as a fair and impartial juror.


Epstein, himself a convicted sex offender, died by suicide in his Manhattan jail cell in 2019 at the age of 66 while awaiting trial on sex trafficking charges.

I’m a pastor who has counselled against abortion. I know first-hand how hard that decision is