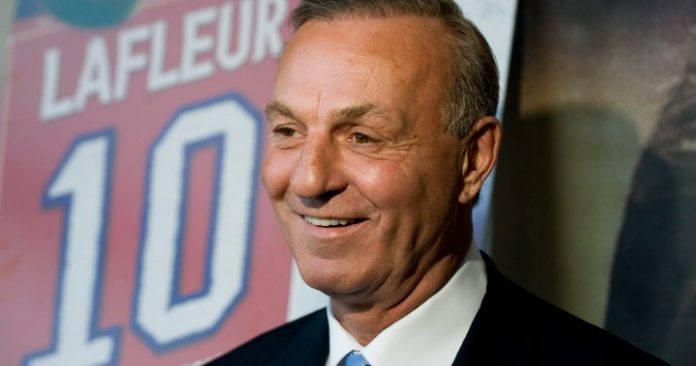 A national funeral will be held for Montreal Canadiens legend Guy Lafleur next week, but how do local authorities prepare for such a high-profile event in a hockey town?

André Durocher, a retired Montreal police inspector, explained that extensive planning and a “colossal amount of work” has to be done in “a relatively short amount of time.”

“So the day of the funeral — although it is a time to pay tribute and to mourn — if you see a lot of people with bags under their eyes. There may be people that have been working for the past week planning this event,” he said in an interview with Global News Morning on Tuesday.

The funeral for the late hockey great is set for May 3 at Mary Queen of the World Cathedral in downtown Montreal. Quebec Premier François Legault said the national honour “testifies to all the admiration and all the love that Quebecers have” for Lafleur.

According to the province of Quebec, a national funeral is “reserved for people who, for example, have made an impact on political life, as decided by the government.”

Those coordinating the funeral take into account different scenarios, Durocher said. He has worked behind the scenes of similar events, including Canadiens star Jean Béliveau’s national funeral in 2014. He will not be involved in the funeral for Lafleur.

There must be plans for crowd control, escape routes, and road closings in the downtown core. They also have to prepare for any kind of potential threat, though Durocher says that is unlikely.

“The role of authorities is to answer the famous question, ‘What if?’” he said.

“What if someone does this? What if something happens? What happens, for example, if during the funeral there’s a fire and the fire trucks have to get by when the whole perimeter is closed?”

The funeral for Lafleur is expected to draw thousands of fans and politicians of all stripes. The diversity of the crowds adds another layer of complexity for organizers, who must coordinate the event with the provincial police.

“And it will be to coordinate this whole thing together because sometimes there may be certain wishes on the part of either the Bell Centre or the families. And then there are security issues that the police have to take into consideration,” he said.

What’s important to know is that, in the end, the funeral must take place.

“It’s not an option,” Durocher said. “People have to make it happen.”

“So there is a lot of pressure on authorities, but I’m sure that people will pay tribute and respect, having been a police officer for over 30 years. We know a lot of police officers are hockey fans and will wish this event to go as good as possible for the respect of Mr. Lafleur.”

Montrealers who plan on paying their respects should also plan ahead when it comes to getting downtown. Durocher said anyone heading downtown should ditch the car when they can.

“There will be some no parking in certain areas,” he said. “You have to plan, make sure you get tow trucks available.

“So, yes, avoid that perimeter out of respect for Mr. Lafleur and also for your nerves, because for sure, downtown will be blocked.”

— with files from Global News Morning and The Canadian Press

To all the iPods I’ve loved before – National

Will abortion upend American politics? Here’s what the early polling tells us