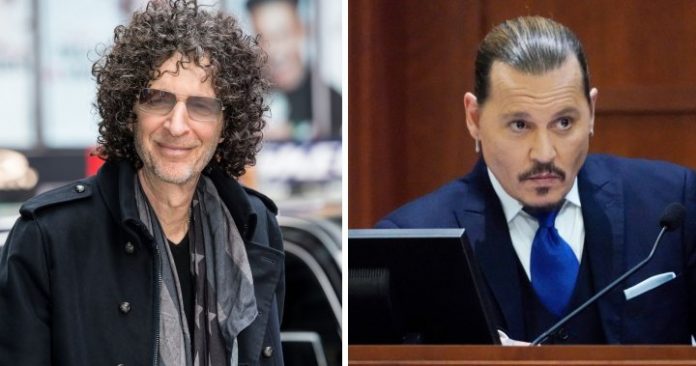 Howard Stern had some less-than-kind things to say about Johnny Depp‘s behaviour in his ongoing, fully televised defamation trial against the actor’s ex-wife Amber Heard.

On Monday’s episode of radio’s The Howard Stern Show, Stern and co-host Robin Quivers discussed the trial. Stern, 68, called Depp a “huge narcissist” and claimed he was “overacting” during his testimony.

Stern hypothesized the reason for the trial being televised was Depp’s own doing.

“The reason he wanted that on — he wanted it televised — is that’s what narcissists do,” said Stern. “They think they can talk their way out of anything.”

Neither Depp nor Heard had a say in the allowance of cameras in the courtroom, though Heard’s legal team attempted to have cameras removed.

“He’s so overacting,” said Stern. “He’s writing his own material as he goes along. You know, I got to tell you, he’s wrong. He shouldn’t be putting this on TV in any shape.”

Quivers sympathized in the broadcast, saying Depp is “trying to save his career.”

She added, “I don’t think this is going to help.”

“First of all, his difficulty in speaking the English language is fantastic!” Stern joked. “Johnny Depp was born in Kentucky. Does that sound like a guy from Kentucky?”

The legal battle of the divorced couple has captured the attention of spectators around the globe, with both Heard and Depp claiming to be victims of violence. The initial court case began when Depp filed a $50-million defamation lawsuit over a Washington Post op-ed penned by Heard in late 2018 about domestic abuse.

Heard did not mention Depp by name in the article, though in court documents he alleges his reputation and career were still “devastated” as a result.

Heard is countersuing for $100 million in damages. The claim will also be decided within this trial, which is ongoing for the next several weeks.

Share
Facebook
Twitter
Linkedin
Pinterest
WhatsApp
Telegram
Copy URL
Previous articleOttawa motorcycle convoy: What to know about ‘Rolling Thunder’
Next articleGuy Lafleur’s national funeral and how Montreal is having to prepare for it
RELATED ARTICLES
Entertainment