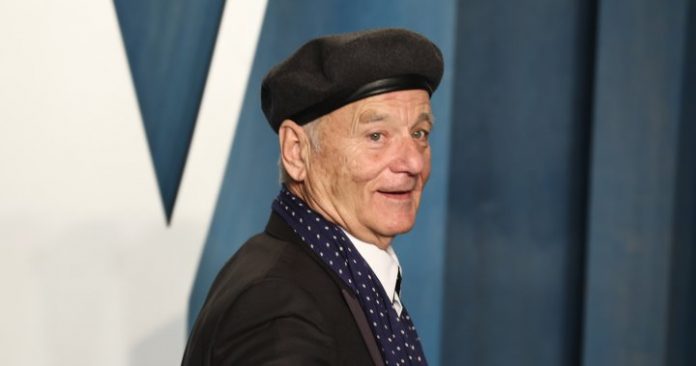 Amid news of production being suspended for the upcoming movie Being Mortal, a complaint of inappropriate behaviour against actor Bill Murray is also being investigated.

Murray, 71, is slated to star in the film, which began principal photography in late March.

Deadline was the first to report of the allegations against Murray. The full details of the complaint are unknown.

Cast and crew for the film, based on Atul Gawande’s nonfiction book Being Mortal: Medicine and What Matters in the End, were notified about the production being suspended Wednesday night.

Deadline reported the halt in production had to do with the inappropriate behaviour complaint against Murray. Searchlight Pictures, the Disney-backed studio behind the film, declined to comment during ongoing investigations.

Comedian and actor Aziz Ansari is making his directorial debut on the film, alongside his partner Youree Henley. Ansari has also written for and will be starring in the film.

According to Deadline, neither Ansari — nor co-star Seth Rogen — were part of the complaint against Murray.


Searchlight Pictures made the decision to suspend production going forward as the investigation proceeds. The studio has not said whether Murray will remain part of the film.

Being Mortal is expected to be released in 2023.

Flames AHL affiliate team based in California to relocate to Calgary