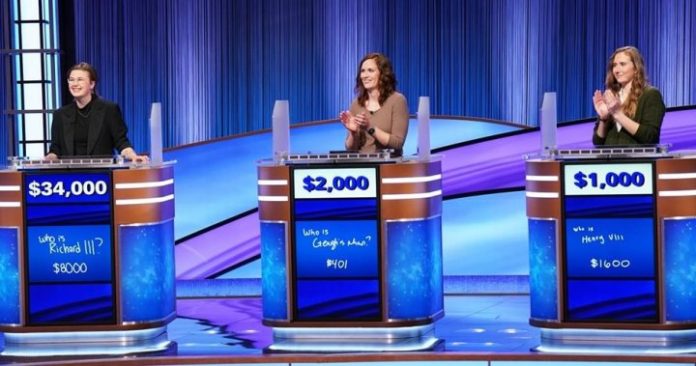 “Jeopardy!” champ Mattea Roach has proven she can conquer dozens of quiz clues with ease.

But in addition to displaying superior skill with the buzzer, the phenom has had to prepare for another challenge that can get harder with each win: coming up with engaging anecdotes for each TV episode.

Such are the lesser-known consequences of dominating “Jeopardy!” categories like the 23-year-old.

Roach, who grew up in Halifax and now lives in Toronto, has the longest win streak by a Canadian with 17 wins and the eighth-longest run in the quiz show’s history.

On Wednesday’s episode, Roach beat her closest competitor by just $1 after the Final Jeopardy! round. Ben Hsia had exactly double her total, and both answered the final clue correctly.

“It does get hard,” Roach said when reached by phone on the day of her 13th episode.

“I didn’t watch Ken’s run all the way through as a kid because I was like, five, six years old when it was happening but I’m sure that he must have really been scraping the bottom of the barrel by the end of it.”

These personal tidbits are typically featured after the first commercial break, when hosts Jennings or Mayim Bialik offer each contestant a few minutes to tell the audience about themselves.

In past episodes, Roach has regaled them with accounts of her first kiss, crashing her mom’s car in a parking lot and being spat on at a comedy show.

As long as she keeps winning, she’ll need more stories.

Roach said her parents have helped her generate material, but there’s a strategy to deploying these personal tidbits to best effect. When she first started appearing, she gave the show “deliberately boring and generic content.”

“I did not want to go on, play one game and then my anecdote in that game is something where I feel like I’m gassing myself up and telling a story about something that feels boastful,” she explained.

“But then after my first four shows, we had a break in taping and I remember texting the producer who handles the contestant anecdotes, and I was like, ‘I need to give you better material. Because the stuff that I sent you the first time is like, really boring. And I promise I’m more interesting than this.”‘

Roach said the show provides contestants with a sheet of questions with prompts to inspire stories. Her first was about her most prized possession – her dad’s jean jacket from the ’80s.

She has also earned a spot in the show’s Tournament of Champions, set to air in the fall.

This report by The Canadian Press was first published April 27, 2022.

– with files from Nicole Thompson in Toronto.

‘Stranger Things’: Why Netflix split up this season