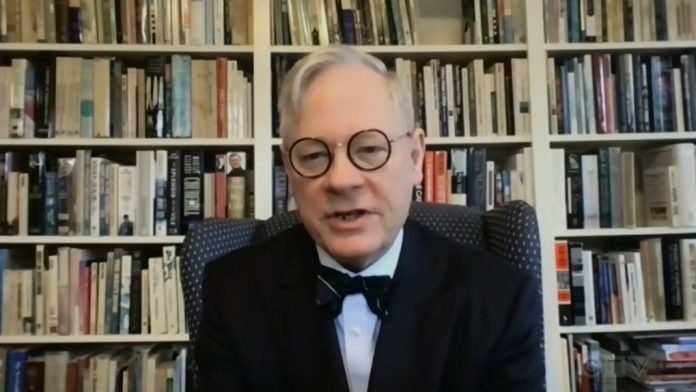 Mattea Roach’s winning streak on “Jeopardy!” has garnered plenty of attention across the country and at home in Nova Scotia, including from her high school debate coach.


“I’ve been watching every night, once I found out that she was going to be on,” said Brian Casey. “It’s great to see her succeed and be so comfortable in what must be a pretty pressured circumstance.”


When he watches the 23-year-old tutor compete, Casey says he notices the same strategies she used at Sacred Heart School in Halifax.


“And those hand gestures are part of it,” said Casey. “Anybody who has watched her on ‘Jeopardy!’ will imagine what she did when she was speaking in a debate.”


Casey says high school debating required Roach to learn a lot about current events, and different places around the world.


“She’s always had an aptitude for soaking up that knowledge and being able to reproduce it when required.”


Casey says Roach’s depth of knowledge is something that comes naturally to her and is one of her strongest advantages on the show.


“Because you can use examples from different areas and some of the topics you get could be about popular music, some might be about 20th-century world wars,” he noted.


“So there’s lots of opportunities if you have that broad knowledge to show off in debate as well.”


Early on in her run, Roach gave Casey a shout-out on the game show — something he says was unexpected but special.


“We do a lot for students and never necessarily expect to be recognized or commented on. It’s moving when it happens and there is something that is said about it. It’s nice to think I made a difference in her life.”


If you know a young trivia buff in your family, Casey says push them into debating.


Her wins give her the show’s longest winning streak by a Canadian and have earned her a spot in the show’s Tournament of Champions, which is set to air in the fall.


Roach first applied to be on the long-running game show in 2020. This January, she was invited to Los Angeles to tape an episode.


Roach will attempt her 18th win Thursday night, when she will face off against Renee Russell, a branch office administrator from Maryland, and Manav Jain, an undergraduate student from South Carolina.