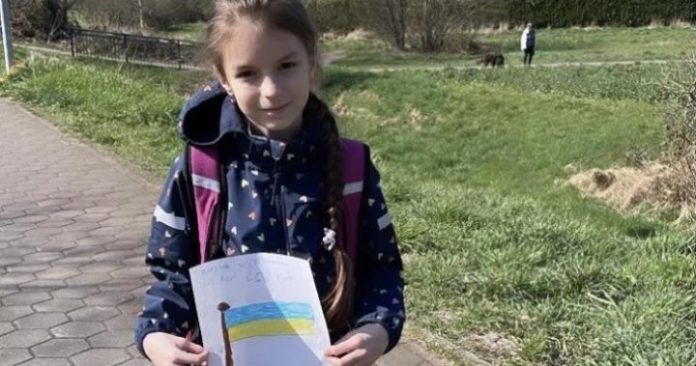 A Ukrainian-Canadian family in Winnipeg is pressing Ottawa for answers after their relatives waited weeks for visas for their children — caught in limbo in Germany, unable to go home to Ukraine or move on to their Canadian destination.

Anastasia Aslanova and Mykhaylo Byelostotskiy are preparing to welcome Aslanova’s sister, Oleksandra, and two nieces — arranging beds and toys — but it’s a wait that’s weeks longer than they anticipated.

The Winnipeg couple helped Oleksandra apply for visitor visas before Canada launched its expedited program on March 17, known as the Canada-Ukraine Authorization for Emergency Travel (CUAET).

At the time of the announcement, Immigration Minister Sean Fraser said the applications would take just weeks to process, instead of the usual year.

Oleksandra completed Canada’s biometric requirement at one of Germany’s two visa application centres in late March, even though her passport is equipped with an electronic chip containing identification information like fingerprints.

She provided translated birth certificates for her seven and nine-year-old daughters when they were requested on April 2.

But until Wednesday, only Oleksandra’s visa was going ahead.

The girls’ applications were pending for almost a month.

That changed Wednesday when they received confirmation of foil-less visas through email.

Oleksandra was facing a Saturday deadline to submit her passport to obtain legal passage to Canada, otherwise, her application would have been cancelled.

“The kids won’t be able to travel without her,” Byelostotskiy said in an interview with Global News last week. “Unfortunately, what I see on many, many Facebook groups … it seems to be a pattern.”

Like other families, they couldn’t figure out why there was a delay, even after contacting Immigration, Refugees and Citizenship Canada (IRCC) and VFS Global — the company managing Canada’s visa application system.

Byelostotskiy voiced frustration over the limited and unhelpful communication with visa services.

“You are talking to just a wall, which is frustrating in the first place, but in the circumstances we have, it’s even worse because she’s in Germany. It’s a foreign country for (Oleksandra), foreign environment, different language she doesn’t speak.” Byelostotskiy said.

Byelostotskiy filed a crisis web form through IRCC and spoke with an agent over the phone but didn’t come out with solutions. Byelostotskiy added he could barely connect with VFS Global.

“The entire process just does not fit the situation. That’s not how you deal with visa applications for people fleeing the war. That’s how you do your processing when somebody wants to plan their vacation,” Byelostotskiy said.

“The 14-day service standard is a processing time commitment for standard cases. More complex applications may take longer,” they said.

IRCC is bumping up capacity in Europe by deploying more staff and supplies, the spokesperson said.

“The processing across our (visa application centres) has doubled in recent weeks, and officers are completing over 18,000 appointments on a weekly basis,” they said.

It’s also adding more biometrics collection sites and offering biometric exemptions for Ukrainian nationals age 17 and under, 61 or older, along with those who’ve held Canadian visas in the last 10 years, the spokesperson said.

“Lifting the visa requirement on a country requires a rigorous process, involving an assessment of many criteria,” they said. “These changes are made through regulation and require system changes, neither of which can be done quickly.”

But for Aslanova and her family, the agonizing wait was too long.

It’s a full-time job staying on top of the applications, she added.

“It’s really frustrating and depressing,” she said. “She’s just stuck there. No friends. No family, and she has another option.”

“We would take care of her and her daughters.”

Another Ukrainian woman, now in Poland via Hungary, ran into similar problems.

Lesia Yaroshenko waited weeks for her 16-year-old son Hnat’s visa, despite receiving approvals for herself and her second son in mid-March.

Yaroshenko also applied for visitor visas before Canada set up CUAET. After the teen completed his biometric requirement in Warsaw, Poland, Yaroshenko had to provide proof of parental authorization in late March.

Parents intending on travelling to Canada alone with their children must provide proof that the other parent consents to the trip, the IRCC spokesperson said.

Officers are being flexible while maintaining their obligation to protect kids, they said.

Yaroshenko anticipated this requirement and managed to get it from her husband before fleeing Kyiv, Ukraine.

“For those people who do not have it, it’s really a problem because … a lot of men are now serving in the army and they have no opportunity to go to the notary,” Yaroshenko said.

The mother of two called IRCC repeatedly in April to find out why Hnat’s visa was still pending. The agent discouraged her from applying to CUAET, telling her it would slow down the process even further.

Growing impatient, Yaroshenko applied through CUAET anyway in mid-April and received Hnat’s visa the next week.

“I bought cakes for us and our Polish family. It was a real holiday,” she smiled.

The IRCC spokesperson maintained people don’t need to re-apply through CUAET if their application is in progress.

However, for Yaroshenko, she’s glad she re-applied.

“If I would not be so smart and courageous, we’d be waiting for years I think.”

— with files from The Canadian Press

NASA, SpaceX to look at Hubble boost to extend life