Mattea Roach earns her 22nd Jeopardy! win — and a House of Commons shout-out 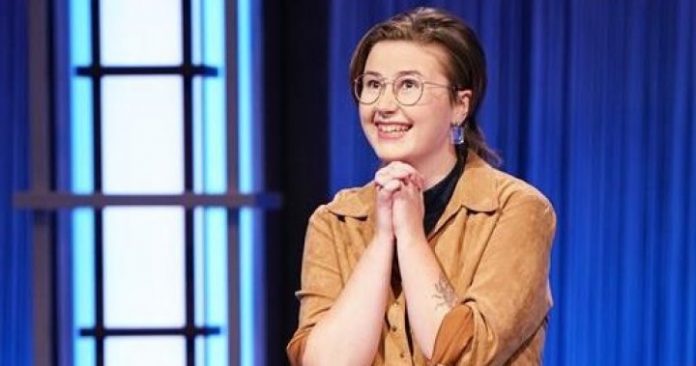 Canada’s most successful Jeopardy! contestant scooped up another win Wednesday night, further cementing her spot as one of the TV quiz show’s all-time greats.

It happened on the same day that Mattea Roach got an unexpected shout-out in the House of Commons.

Roach — who has the fifth-longest streak in Jeopardy! history — clinched her 22nd win by correctly answering a question about the American Civil War in Final Jeopardy.

She had such a commanding lead that she won against her opponent even while wagering $0 on her answer. “I made perhaps the most responsible wager of all,” said Roach, who is known for her modest bets.

Roach, a 23-year-old originally from Halifax who now works as a tutor in Toronto, has had an impressive run so far. According to Jeopardy!’s daily box scores, throughout her 22-episode run she answered 592 questions correctly and 50 incorrectly, giving her an accuracy rate of 92 per cent.

She will need to win 32 games in a row to knock James Holzhauer out of the fourth-place spot for longest Jeopardy! streak.

Canadians are taking note of Roach’s unusually long streak, with Halifax MP Andy Fillmore giving her a special shout-out in the House of Commons earlier on Wednesday.

“Mr. Speaker, I’ll take record-breaking Canadians for $2,000. Answer: with 21 consecutive wins and counting, totalling over half a million dollars, she is the most successful Canadian to ever compete on Jeopardy!,” Fillmore said.

“The question: Who is Mattea Roach?”

He took note of Roach’s ties to Halifax — where she grew up and attended the Sacred Heart School of Halifax — as well as Toronto and Ottawa during his short speech, and said she is showing “no signs of slowing down.”

“I’d wager all the Daily Double that there’s still much more to come,” he said. “Way to go, Mattea!”