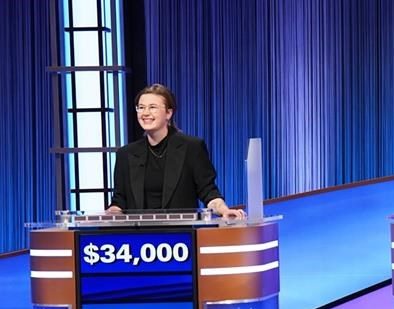 Nova Scotia-born Mattea Roach has won her 14th game of Jeopardy!, reaching the eighth-longest streak in the game show’s history.

She’s also 10th on the list for highest total earnings. No Canadian has gotten this far on the show before.

Roach dominated her competitors once again, with her winnings amounting to 17 times more than that of the contestant in second place.

To date, the Toronto-based tutor has answered 93 per cent of clues she buzzed in for correctly, and 70 per cent of her buzz attempts have been successful.

Roach graduated from Sacred Heart School in Halifax in 2015, and her family still lives in Halifax and Cape Breton. She now works as a tutor in Toronto.

She has previously said she would use her winnings to pay off her student debt.

— With files from Alex Cooke.