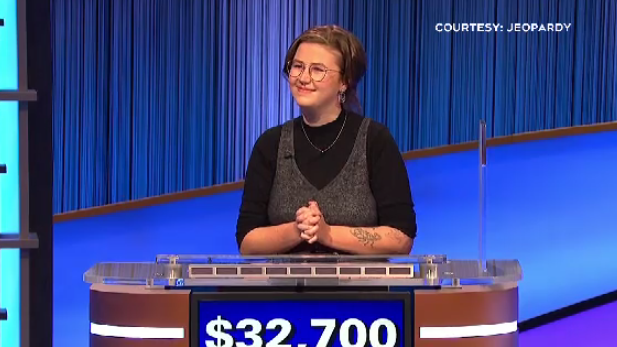 
During Tuesday’s episode, Roach competed against Nicky Smith, a debate instructor from San Francisco, Ca., and Reyha Sehgal, a cultural strategist and performer from Brooklyn, N.Y.


According to the “Jeopardy!” daily box score, Roach attempted to buzz in 45 times and was successful 34 times, for a success rate of 76 per cent.


She had 33 correct responses, for a correct rate of 89 per cent in regular play.


On Friday, Roach had already claimed a spot in the “Jeopardy!” record books, becoming the eighth person on the all-time consecutive games list and the 10th on the all-time highest non-tournament cash winnings list.


Throughout Roach’s 16 appearances on the show, she has answered 93 per cent of questions correctly.


Roach, who is originally from Halifax but now lives in Toronto, first applied to be on the long-running game show in 2020. This January, she was invited to Los Angeles to tape an episode.

Sex trafficking can be defence for homicide: Wisconsin