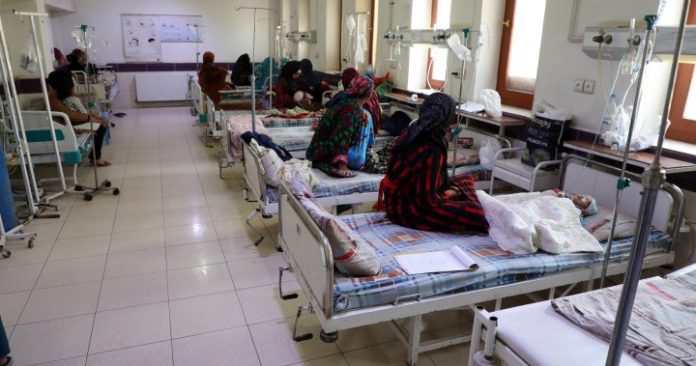 Measles cases jumped by 79% in the first two months of this year compared to 2021, after COVID-19 and lockdowns disrupted child vaccination campaigns around the world, according to data from UNICEF and the World Health Organization (WHO).

In January and February, there were 17,338 measles cases reported worldwide, up from 9,665 in the same period last year.

Measles is a very contagious disease that can be particularly dangerous for young children and babies. It spreads more quickly than Ebola, flu or COVID-19.

Thousands of Ontario students behind on vaccines usually administered in schools

UNICEF executive director Catherine Russell described the immunization gaps combined with a return to social mixing in the wake of the pandemic as a “perfect storm.”

“Measles is more than a dangerous and potentially deadly disease. It is also an early indication that there are gaps in our global immunization coverage, gaps vulnerable children cannot afford.”

2:19
Thousands of local students now behind on school-based vaccination programs

Thousands of local students now behind on school-based vaccination programs

The five countries with the largest measles outbreaks in the last 12 months were Somalia, Liberia, Yemen, Afghanistan and Ivory Coast. There have been 21 major outbreaks during that period.

Child immunization campaigns were knocked off course around the world during the coronavirus pandemic, and things have not fully recovered.

At the start of April, 58 campaigns in 43 countries were still postponed, impacting 212 million people – mostly children. Nineteen of those campaigns are for measles, putting 73 million children at risk, UNICEF and WHO said.

Immunization campaigns for diseases like typhoid and polio were also disrupted. Last month, Malawi reported its first polio case in decades while Pakistan, one of only two countries where polio remains endemic, recorded its first case for more than a year this month.

The WHO and UNICEF said it was imperative to get the vaccination drives back on track.

NASA, SpaceX to look at Hubble boost to extend life

Beyond the birds and bees: How new services and tech are helping us make babies in unexpected ways – National