Mo Salah is England’s ‘Footballer of the Year’ again 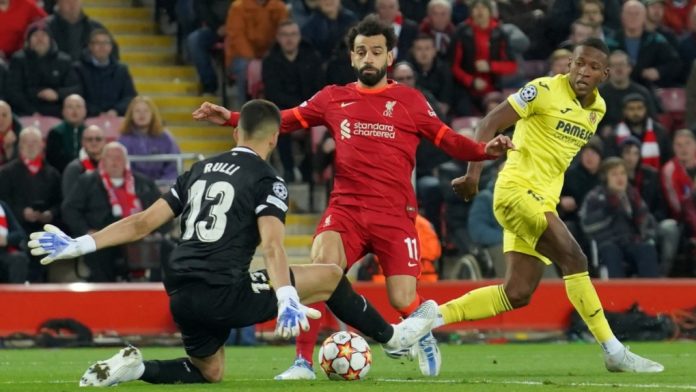 
Liverpool forward Mohamed Salah was voted “Footballer of the Year” in England for a second time, and Chelsea striker Sam Kerr has won the women’s award.


The Football Writers’ Association announced its awards on Friday and reported Salah garnered 48% of the vote, ahead of Manchester City playmaker Kevin De Bruyne and West Ham midfielder Declan Rice.


The Egypt star, who also won in 2018, has tallied 30 goals and 14 assists across all competitions for Liverpool this season.


Liverpool trails Manchester City by one point in the Premier League title race, so it’s no surprise their players dominated the votes; nine Liverpool players received nominations, and City had six.


The women’s award, introduced in 2018, was open to the full FWA membership for the first time. It was previously decided by an expert panel.


The Australia star has scored 18 goals in the Women’s Super League for first-place Chelsea and 28 goals in total. Her club teammate Fran Kirby won last year.


The awards will be presented at an FWA dinner next Thursday.


“Both Mo and Sam have been outstanding this season, breaking records for both club and country,” FWA chair Carrie Brown said. “As well as their performances on the pitch, they are leaders and standard bearers of excellence at their clubs and respective leagues.


“The fact they have won by such convincing margins underlines just how impressive they have been this season which has been recognized by our members.”

Burn-proof edition of ‘The Handmaid’s Tale’ up for auction

Why is Canada banning Huawei from 5G? Here’s what to know – National

Vaping not a frequent activity for most teens: study