Nearly one-third of the Canadian population has had COVID-19, antibody data shows – National 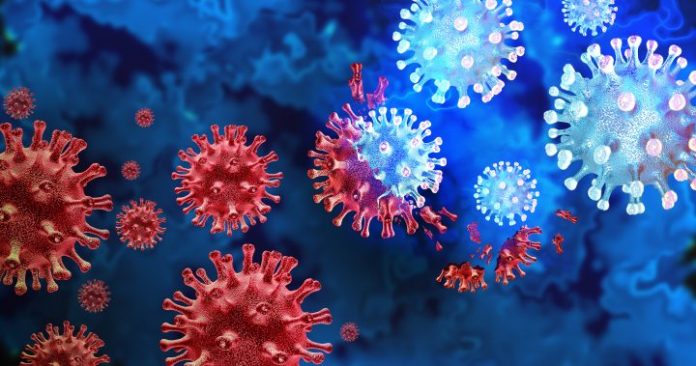 After more than two years of the COVID-19 pandemic, a third of the Canadian population has likely been infected with the virus, according to research and experts.

Seroprevalence analyses of blood samples across the country show that the rapid spread of the highly contagious Omicron variant has doubled the natural infection rate.

By the end of February, infection-acquired seropositivity averaged 23.7 per cent nationally — a two-fold jump from January’s rate — according to the latest report released earlier this month by the Canadian Blood Services and Canada’s COVID-19 Immunity Task Force.

World is ‘blind’ to COVID spread, WHO warns. Where does Canada stand?

The increase in infections was seen in all provinces, with Alberta, Manitoba and British Columbia having the highest seroprevalence rates for the month of February. The report does not include Quebec.

Young Canadians in the 17-24 age group had the highest natural infection levels at 36.3 per cent compared to other age groups.

“I would think after two years, it’s very likely now that a third of the population has had a COVID infection,” said Dr. Catherine Hankins, co-chair of the COVID-19 Immunity Task Force.

“Omicron had an ability to evade the antibodies that we had built up from either a previous infection or vaccination,” she said.

According to Hankins, the hardest-hit provinces are in the east, including Ontario and Quebec.

Out west, the British Columbia Centre for Disease Control in partnership with LifeLabs has been tracking SARS-CoV-2 antibodies in blood samples since the start of the pandemic.

Their analysis also reveals the drastic impact Omicron had on the population.

Nearly one in four Canadians have caught COVID-19, poll suggests

By March 2022, their latest sero-survey — which has not yet been published — indicates that more than 40 per cent of the population had infection-induced antibodies, said Dr. Danuta Skowronski, lead researcher and epidemiologist at BCCDC. In contrast, up until fall 2021, only 10 per cent of the province had been infected, she said.

The biggest change has been in children, with about two-thirds under the age of 10 having caught the virus, Skowronski said. Meanwhile, about half of B.C.’s young adult population has been infected.

“We’ve gone from a population with near-total susceptibility to the virus, whereas now more than 90 per cent of us have had some sort of priming, either through vaccination or infection,” she said.

“We are no longer a totally naïve population.”

Being primed does not mean the body is immune to the virus but is at least acquainted with it, so our immune system is on alert and prepared to fight the virus, which should reduce the risk of severe outcomes, Skowronski explained.

Having already had a COVID-19 infection does not protect you from being infected again, experts say.

More than half of the U.S. has had COVID-19, antibody study indicates

However, both vaccination and infection can help build what is called “hybrid immunity” or an “immunity wall,” said Hankins.

“If you’ve already had the infection, it’s really worth getting vaccinated,” she said.

But given the changing nature of COVID-19 with new variants emerging, there is always the risk of waning immunity and infection, said Hankins.

“We have a good level of immunity now and if we’re wise and we follow precautions, we can get out there and have a full summer.”

As of Tuesday, more than 3.7 million COVID-19 infections have been confirmed across Canada since the pandemic began.