NHL players to watch when 2022 playoffs get underway 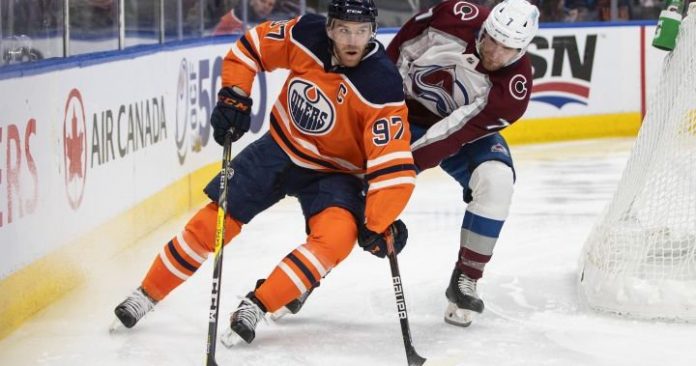 It’s time for the NHL playoffs, where some of the world’s best hockey players are sure to up their game as they chase the Stanley Cup. Here are five stars who are likely to dazzle and delight during the playoffs, and five others who could be poised for a breakout performance.

CONNOR MCDAVID: One of the league’s best got even better this season. McDavid already set career highs in points (123), goals (44) and assists (79) heading into the Oilers’ season finale on Friday, with highlight-reel plays that stunned opponents and fans alike. Now the 25-year-old Oilers’ captain is looking to prove himself in the playoffs and make a run at hockey’s ultimate prize. Last year, the Jets held McDavid to four points as Winnipeg swept Edmonton in a four-game opening-round series.

READ MORE: Playoff fever: Where to cheer on the Edmonton Oilers

JONATHAN HUBERDEAU: Huberdeau was key to Florida’s feisty six-game battle against the Lightning in last year’s post-season with two goals and eight assists in six games. The Panthers made a first-round exit and are hungry change their fortune this time around. The 28-year-old Huberdeau powered his team to the top of the league this season and was one of the only NHLers to challenge McDavid for the scoring title, amassing 115 points (30 goals, 85 assists) heading into Friday.

GABRIEL LANDESKOG: The Swedish winger was on a blistering point-a-game-plus pace with 30 goals and 29 assists in 51 games when he was sidelined by knee injury in March. Landeskog is expected to return to Colorado’s lineup shortly and has stepped up for the Avalanche in previous playoff runs. He had four goals and nine assists in 13 post-season appearances last year before the Golden Knights ousted the Avs in a six-game second-round set.

MARC-ANDRE FLEURY: The three-time Stanley Cup champion is looking to add to his hardware collection with the Wild, his third team in less than 10 months. Acquired by Minnesota at the trade deadline in March, Fleury has settled in nicely, posting a 8-2-0 record with a .905 save percentage heading into Friday’s games. Expect experience to work in the 37-year-old goalie’s favour _ he’s in the playoffs for the 16th time this year.

ROMAN JOSI: Josi already has a Norris Trophy to his name after being named the NHL’s top defenceman in 2019-20. This season, the 31-year-old Czech proved he’s still one of the best on the blue line, leading all d-men heading into Friday’s finale in points (95) and power-play goals (11) while averaging 25:31 in ice time. Josi is a playoff veteran with 81 post-season appearances and is still chasing his first Stanley Cup championship.

JAKE OETTINGER: The 23-year-old goalie stole a few games for the Dallas this season, posting a 29-15-1 record with a .915 save percentage and a 2.54 goals-against average as of Friday. Oettinger struggled down the stretch but appears to be back to his solid self, helping the Stars to big wins over the Golden Knights and Kraken. He’ll look to continue the fine form in his first-ever NHL playoff run.

MICHAEL BUNTING: Playing alongside Auston Matthews and Mitch Marner, Bunting has had a memorable rookie campaign. The 26-year-old tallied 23 goals and 40 assists in 79 games for the Maple Leafs before suffering a lower-body injury last week. Head coach Sheldon Keefe has said the outlook for Bunting is positive, however _ good news for Toronto fans hoping to see the winger contribute to a big post-season run.

NICK PAUL: After being dealt to Tampa Bay at the trade deadline, the former Ottawa Senator is primed to play in the post-season for the first time. Paul has added grit and some scoring to the Lightning lineup, winning 58.2 per cent of his battles in the faceoff circle and posting five goals and nine assists for the two-time defending Stanley Cup champions heading into the Bolts’ finale on Friday.

PHILLIP DANAULT: A move to California has been good for Danault. The 29-year-old forward signed with the Kings as a free agent in July and has rediscovered his scoring tough in L.A., with 50 points (26 goals, 24 assists) in 78 games. Danault, who made it to the Stanley Cup finals with the Montreal Canadiens last season, has been on a heater through April with six goals and four assists in 11 games.

CHRIS TANEV: Though he was often plagued by injuries while playing for Vancouver, the veteran defenceman has stayed healthy through two seasons with the Flames. Together with Noah Hanifin, Tanev has been a stalwart presence on Calgary’s blue line this year. But he’s also found ways to contribute offensively, registering a career-high 28 points heading into the Flames’ regular-season finale.

Fossil that inspired ‘Jurassic Park’ sold for over US$12M