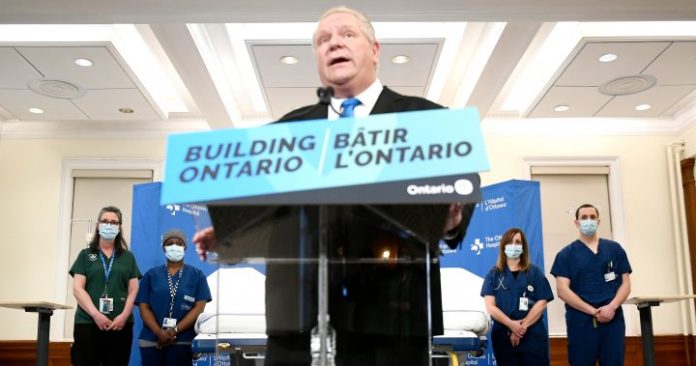 The Ontario government is projecting that decades-high inflation levels will drop down to normal in 2023, as high prices for consumer goods becomes a central political issue.

The PC government’s 2022 budget, released Thursday, projects Ontario’s Consumer Price Index inflation to remain elevated at 4.7 per cent this year, before dropping to 2.5 per cent next year and 2.1 per cent in 2024.

The projections – based on private-sector and other external data – came as Canadians are enduring a 31-year high in the annual rate of inflation, which Statistics Canada pegged at 6.7 per cent in March. Ontario’s rate of inflation was even higher last month at 7.0 per cent.

“Although current high rates of inflation are expected to moderate as the effects of the pandemic and supply chain disruptions recede and monetary policy normalizes, higher-than-expected inflation could prompt a stronger response from central banks,” the budget document read.

Earlier this month, the Bank of Canada raised the benchmark interest rate to one per cent, a rare 50-basis-point hike to the overnight rate, in an attempt to tame inflation.

Speaking to reporters last week, Bank of Canada Governor Tiff Macklem said the central bank was “prepared to be as forceful as needed” to bring inflation back down to the bank’s target of between one and three per cent.

Bank of Canada head won’t ‘rule anything out’ to tame inflation, including more rate hikes

In March, the province’s independent Financial Accountability Office said that while Ontario has had a “resilient” post-pandemic economic recovery, high inflation – among other risks – “could lead to weaker economic and revenue growth, and upward pressure on program spending.”

In his prepared budget remarks, Bethlenfalvy said he’s watching inflation closely and trumpeted the Ford government’s efforts to assist Ontarians with their cost of living – including refunding license plate sticker fees and cutting the gas tax.