Over 1 million have evacuated from Ukraine to Russia since Feb. 24: Russian minister – National 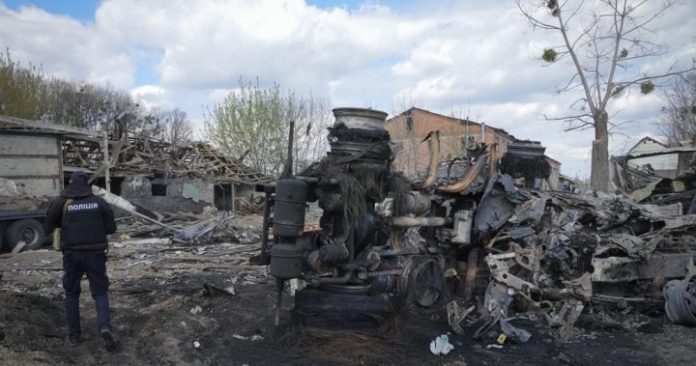 More than 1 million people have been evacuated from Ukraine into Russia since Feb. 24, Russian Foreign Minister Sergei Lavrov said in remarks published early on Saturday.

The 1.02 million includes 120,000 foreigners and people evacuated from Russian-backed breakaway regions of Ukraine, the so-called Donetsk and Luhansk People’s republics, which Russia recognized as independent just before launching its invasion.

According to data from the United Nations, more than 5.4 million people have fled Ukraine since the start of the invasion. Moscow calls it a “special operation” to demilitarize and “denazify” its neighbor. Ukraine and the West say Russia launched an unprovoked war of aggression.

Lavrov, in comments to China‘s official Xinhua news agency published on the Russian foreign ministry’s website, said 2.8 million people in Ukraine have asked to be evacuated into Russia.

Ukraine has said that Moscow has forcefully deported thousands of people to Russia.

2:20
Kelowna woman born and raised in Russia denounces her homeland for the war in Ukraine

Efforts to evacuate civilians from some front-line areas, including the besieged southern port of Mariupol, have repeatedly broken down, with each side blaming the other.

Lavrov said that if the United States and NATO are “truly” interested in resolving the Ukrainian crisis, they should stop sending weapons to Kyiv.

“By publicly expressing support for the Kyiv regime, the NATO countries are doing everything to prevent ending of the operation through political agreements,” Lavrov said.

(Reporting by Lidia Kelly in Melbourne; Editing by Leslie Adler and William Mallard)

Scanners adaptation from David Cronenberg in the works at HBO