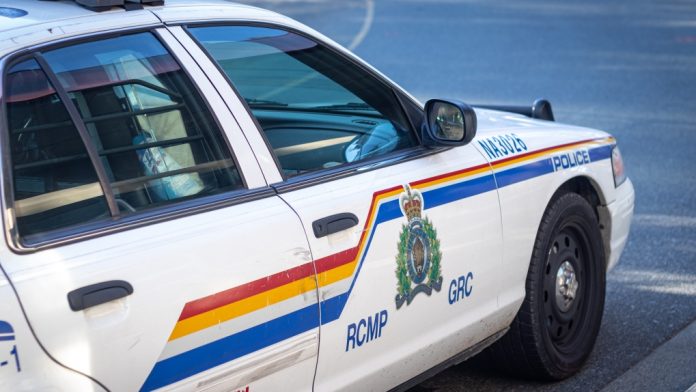 An all-party committee tasked with examining systemic racism and other policing issues in British Columbia has recommended a series of sweeping changes, including the creation of a new provincial police force to replace the RCMP.


The Special Committee on Reforming the Police Act spent 15 months looking into a wide variety of concerns ranging from accountability within law enforcement to the handling of mental health calls, and developed 11 key recommendations for overhauling the province’s approach to public safety.


“It has become clear that transformative change is required to achieve a new vision of policing and community safety rooted in decolonization, anti-racism, community and accountability,” reads the committee’s report to the legislature, published Thursday.


Among the recommendations are for B.C. to establish a new Community Safety and Policing Act, and create a provincial police agency that would be governed by that legislation – a move that has unanimous support from MLAs from all three parties who served on the committee.


Currently, the RCMP is the default police service for municipalities with a population under 5,000 people, as well as rural and unincorporated areas. Many larger cities are policed by the national force as well, including Richmond, Burnaby and North Vancouver.


While the committee credited the RCMP with making “every effort to meet and exceed evolving expectations,” it also heard of numerous challenges in squaring federal, provincial and municipal policing priorities.


The report included a perspective from the Office of the Provincial Health Officer as well, which suggested “the RCMP does not align with B.C. community culture and norms as effectively as municipal police services.”


Dr. Bonnie Henry raised concerns with the criminal justice-based approach to the ongoing crisis of toxic drug overdoses in the province, which continues to break records for the number of lives lost. She noted adjustments to the existing Police Act could help B.C. move toward decriminalization.


Much of the report’s focus was on increasing input and involvement from Indigenous populations. The report recommends consulting with Indigenous communities in the drafting of the new legislation, as well as funding recruitment drives to draw people of “diverse Indigenous cultural backgrounds” into policing.


MLA Doug Routley, who chaired the committee, told reporters the feedback received from some Indigenous communities during the review included concerns about a lack of police in more remote areas.


“Generally, members aren’t in rural detachments serving First Nations, Indigenous communities for more than three years, and it’s really difficult for them to build those really positive relationships in that short a time,” Routley said Thursday.


He noted the RCMP directs its officers where to go, whereas the province would have more control under the system recommended in their report.


Asked how long such a transition could take, or how much it might cost, Routley said that wasn’t within the scope of the review. However, based on what’s happened in jurisdictions such as New Zealand, he suggested the transition would likely take about a decade.


Asked to respond to the report, the National Police Federation union, which represents nearly 20,000 Mounties, called the idea of replacing the province’s many RCMP detachments “a little odd” and “a little premature.”


“From our perspective, we’ve done waves – numerous waves – of independent research in policing in British Columbia, and consistently British Columbians have told us that they’re very satisfied with the policing they receive from the RCMP,” union president Brian Sauvé told CTV News.


Sauvé acknowledged there is room for improvement in the way B.C. addresses some of the ongoing societal problems that have persisted for generations. He suggested providing more funding for both policing and social support services.


“What they’re talking about here is overarching social problems that police have been tasked with over the last number of decades, and some of those recommendations should be considered seriously,” he said.


Despite pushback from police, there have been growing calls in recent years for increased accountability from law enforcement, and for new approaches to dealing with people in the throes of a mental health crisis.


Pivot Legal Society, which has called for defunding police and putting more money into community organizations, pointed to a number of high-profile incidents that have taken place since the all-party committee began looking into reforms back in 2020, including the death of Jared Lowndes, a 38-year-old Indigenous man who was fatally shot by Campbell River RCMP.


“While elected officials have taken nearly two years to propose policing reforms, lives have been lost to police violence,” Pivot’s Meenakshi Mannoe said in a statement. “Government must realize the crisis that police present and enact legislative changes that will eliminate the harms of policing and criminalization.”


Pivot is scheduled to address the committee’s report at a news conference Friday, along with the PACE Society and the B.C. Civil Liberties Association.


The report also recommends increasing supports for those dealing with mental health issues, as police are often the only resource available during a crisis. The committee suggested there could be another option made available when people call 911 that would offer specialized help.


Another recommendation is to create regional police forces in areas where several nearby cities may each have its own. Routley said the case of serial killer Robert Pickton exemplified how crime can sometimes cross several municipal boundaries, and how issues related to information-sharing can hamper investigations.


Public Safety Minister Mike Farnworth released a statement Thursday promising that the recommendations would be reviewed by government and discussed with community groups and First Nations leaders.


“The recommendations from the Special Committee on Reforming the Police Act echo our government’s belief that everyone deserves equal treatment by the police,” Farnworth said.