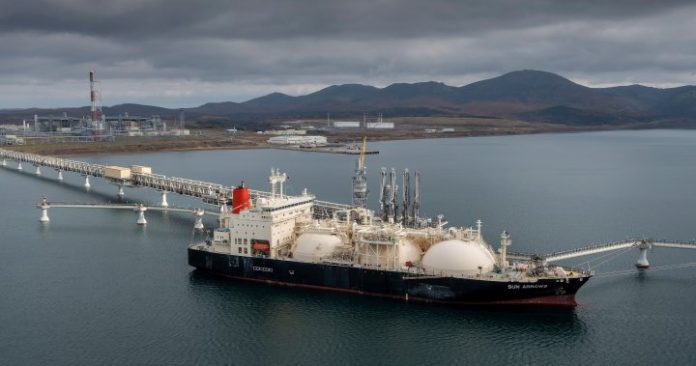 The EU’s chief executive on Wednesday branded as “blackmail” Russian giant Gazprom’s move to halt supplies to some European customers, but said the bloc was working on a coordinated response to Moscow’s escalation.

Gazprom said it had cut supplies to Poland and Bulgaria for failing to pay for gas in rubles, Moscow’s toughest response yet to sanctions imposed by the West over the conflict in Ukraine.

“The announcement by Gazprom that it is unilaterally stopping delivery of gas to customers in Europe is yet another attempt by Russia to use gas as an instrument of blackmail,” European Commission President Ursula von der Leyen said.

“This is unjustified and unacceptable. And it shows once again the unreliability of Russia as a gas supplier,” she said in a statement.

Von der Leyen said the EU was prepared for this scenario, and would continue its work to ensure alternative supplies of gas and that gas storage is filled. EU rules require all countries to have a contingency plan to cope with a gas supply shock. EU gas storage is currently 32 per cent full.

The EU was working on a coordinated response to Russia’s escalation, von der Leyen said, and the bloc’s “gas coordination group” of representatives from national governments and the gas industry was meeting on Wednesday morning.

2:20
“There are big, big battles ahead”: Ukraine’s national security chief says Russia can be defeated

“There are big, big battles ahead”: Ukraine’s national security chief says Russia can be defeated

Poland’s climate ministry said on Tuesday its energy supplies were secure and there was no need to limit supply to consumers.

Brussels has sought a common response from EU countries to Russia’s demand for ruble payments, after Moscow in March issued a decree proposing that energy buyers open accounts at Gazprombank to make payments in euros or dollars, which would then be converted to rubles.

The Commission has said companies should continue to pay the currency agreed in their contracts with Gazprom – 97 per cent of which are in euros or dollars – and that paying in rubles could breach the EU’s sanctions against Russia.

However, Brussels has said EU companies may be able to lawfully pay for gas under Russia’s decree, for example, if companies can confirm that their contractual obligations are completed when they deposit euros with Gazprombank, as opposed to later, after Russia converted the payment into rubles.

Austrian Chancellor Karl Nehammer on Wednesday said Poland and Bulgaria had declined to use the payment system laid out in Russia’s decree – of depositing euros through Gazprombank.

Analysts said the rubles payment issue risked splitting the bloc’s united front against Russia over its invasion of Ukraine, if some countries were willing to pay rubles.

Russia’s economy has avoided collapse so far, but trouble is looming. Here’s why

It was also not immediately clear if companies sending euros to Gazprombank, for conversion into rubles, had got confirmation that their deposit of euros would mark the completion of the transaction, as the EU had suggested they should.

“The EU needs collectively to refuse to play Russia’s game,” said Phuc-Vinh Nguyen, energy expert at the Jacques Delors Institute, adding that if one country sent rubles, others may follow, to attempt to avoid a gas supply cut-off.

“The biggest risk I see now is that of EU fragmentation, in case some buyers comply to Russia’s request, while others do not,” Simone Tagliapietra, senior researcher at Brussels-based think-tank Bruegel.

Nguyen said European countries should focus on urgent measures to curb gas use, such as by reducing heating and air conditioner use, to conserve supplies ahead of winter.