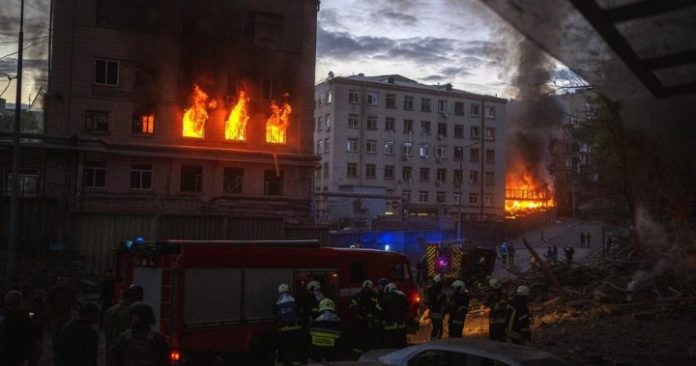 Russia staved off a default on its debt Friday by making a last-minute payment using its precious dollar reserves sitting outside the country, U.S. Treasury officials said.

The amount of the payment was not disclosed, but earlier this month Russia’s finance ministry said it tried to make a $649 million payment due April 6 toward two bonds to an unnamed U.S. bank – previously reported as JPMorgan Chase.

At that time, tightened sanctions imposed for Russia’s invasion of Ukraine prevented the payment from being accepted, so Moscow attempted to make the debt payment in rubles. The Kremlin, which repeatedly said it was financially able and willing to continue to pay on its debts, had argued that extraordinary events gave them the legal footing to pay in rubles, instead of dollars or euros.

Investors and rating agencies, however, disagreed and did not expect Russia to be able to convert the rubles into dollars before a 30-day grace period expired next week, leading to speculation that Moscow was heading toward an historic default on its debt.

Russia has not defaulted on its foreign debts since the Bolshevik Revolution in 1917, when the collapse of the Russian Empire led to the creation of the Soviet Union. The governing body over credit default swamps – insurance contracts designed to protect against default – had ruled already that Russia was in default.

Treasury officials, who declined to be named because they weren’t authorized to speak on the record, said Russia tapped into its foreign currency reserves currently sitting outside the country to make Friday’s payment. Since the U.S. sanctioned Russia’s Central Bank early in the conflict, Russia had only the ability to either use fresh revenues coming from activities like oil and gas sales, or existing foreign currency reserves sitting outside the country.

The U.S. has been attempting to force Russia to use its foreign currency reserves – or any revenue from oil and gas sales – in order to deplete the country’s financial resources.

The Russian Finance Ministry said it made the payments at a London branch of Citigroup. A spokeswoman for Citi declined to comment whether the bank had processed that transaction.

Sun rally from 17 down to beat Mystics in overtime