Russian swimmer will not face extra punishment after ban 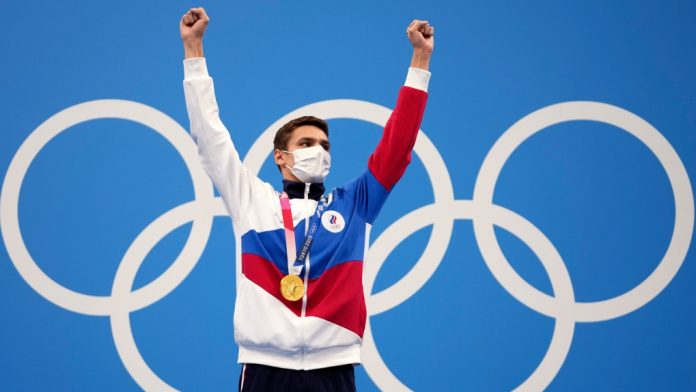 
Swimming’s world governing body FINA said Thursday it won’t seek any extra punishment for a Russian swimmer who competed at the national championships while serving a ban for appearing at a rally in support of President Vladimir Putin and Russia’s invasion of Ukraine.


Rylov appeared on stage with other Russian athletes and wore his Olympic medals and a jacket with a “Z” on the chest. The letter isn’t part of the Russian alphabet but has become a symbol of support for Russian troops after it was used as a marker on Russian armored vehicles operating in Ukraine.


Rylov went on to race at the Russian championships on Sunday, prompting a FINA review of whether he had broken the terms of his suspension.


FINA said in an emailed statement on Thursday that its review determined the national championships were not under its direct oversight and so outside the scope of the ban.


The ruling confirms that suspending Rylov is likely to be mostly symbolic since FINA has excluded competitors from Russia and its ally Belarus from all international events for the remainder of 2022. He also lost a sponsorship deal with Speedo last month.


Putin on Tuesday described the decision to suspend Rylov as “absurd” and said he had merely been attending a concert, in comments reported by Russian state news agencies.