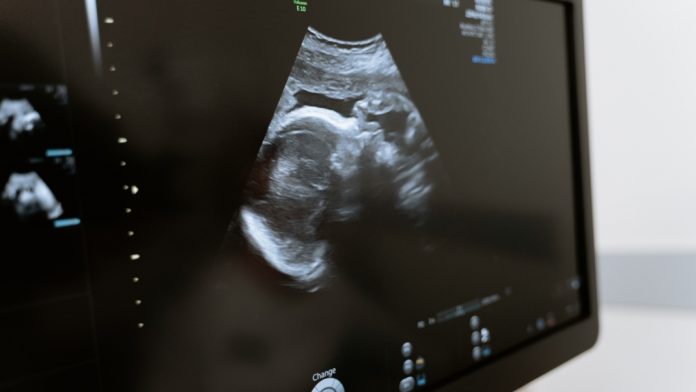 Increased depression, anxiety and stress during pregnancy can alter the fetal brain, negatively impacting a child’s early cognitive development, a new study suggests, drawing attention to the importance of mental health support for those who are pregnant.


Previous research found that anxiety during pregnancy seemed to affect the brain development of the child and that maternal mental health could change the biochemistry and structure of the baby’s brain in-utero.


The small study by the Children’s National Hospital in Washington, D.C., published on Friday in JAMA Network Open, is believed to be the first of its kind that demonstrates the altered fetal brain caused by exposure to psychological distress may be negatively associated with infant neurodevelopment, including social-emotional development.


Symptoms related to stress are one of the most common issues in pregnancies, experienced by about a quarter of all pregnant individuals, including those with healthy pregnancies and high socioeconomic status.


“What’s clear is early interventions could help moms reduce their stress, which can positively impact their symptoms and thereby their baby long after birth,” the study’s senior author, Catherine Limperopoulos, said in a statement. Limperopoulos is the chief and director of the Developing Brain Institute at the hospital, one of the top 10 children’s hospitals in the United States.


For this study, a cohort of 97 pregnant women and their babies were recruited for a longitudinal observational study between January 2016 and October 2020. Longitudinal studies are when the same participants are examined a number of times to observe whether changes occur over a certain period of time.


Eighty-seven participants each took two fetal studies, for a total of 184 fetal magnetic resonance imaging (MRI) visits. Maternal psychological distress was measured between 24 and 40 gestational weeks, and an infant neurodevelopmental test was also completed at 18 months.


Scientists noted changes to the depth of the grooves or folds in the fetal brain and the volume of the hippocampus, a part of the brain that plays a major role in learning and memory. These changes could explain some of the developmental issues observed after birth, including social-emotional problems, self-regulation, and difficulty establishing positive relationships including parent-child interactions, researchers said.


“In addition, we found that prenatal maternal stress, even if not reaching the severity of a mental disorder, was associated with decreased infant cognitive performance,” they wrote in the study.


“This finding is in keeping with results of previous studies showing cognitive impairments in children following early exposure to maternal stress….Our findings suggest that although the prevalence of prenatal maternal distress in our cohort may not be as high as in the high-risk population, its association with infant outcomes cannot be ignored.”


The participants in this study were healthy and had low-risk pregnancies. Most were employed, well educated, and living in areas with good access to health care. Despite favourable factors, 36 per cent of participants had levels of stress, anxiety, and/or depression that exceeded the positivity threshold.


Additional studies in the future with a larger cohort from different population groups and geographic regions would be needed for further confirmation of the results, they added.


The study cited several limitations including the fact that the assessment for distress might not fully reflect the mental state of the parent during the entire pregnancy. While the cognitive, language and motor skills were evaluated by a licensed psychologist, the mental health status and social-emotional assessments for infants were self-reported by the parent. The results may not be reflective of other geographical areas and socio-economic population groups as well.


“These findings are particularly insightful, given the nature of the ongoing COVID-19 pandemic…and the underexplored nexus between elevated maternal distress during the pandemic and the health of the next generation of infants,” the authors wrote, noting that more than one million infants were born so far in the U.S. during the pandemic.


“Yet we lack knowledge about the influence of pandemic-related maternal distress on infants’ long-term neurodevelopment. Our ongoing studies will continue to explore the association between heightened maternal distress amid the pandemic and children’s lifelong health.”

What Ontario’s major political parties are promising on public transit