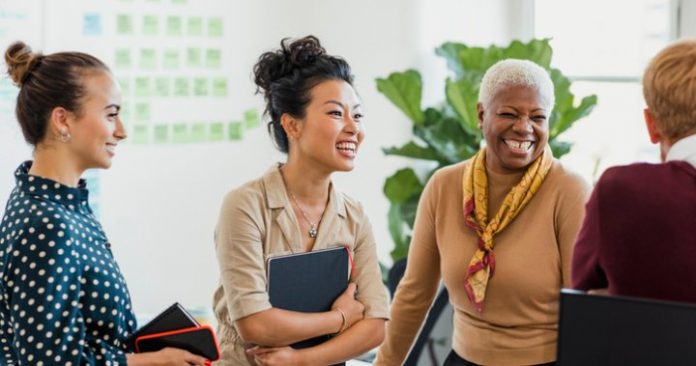 9:12
Increased pay, flex hours and perks: Employers have to get creative to compete for talent

Increased pay, flex hours and perks: Employers have to get creative to compete for talent

A year ago, Vancouver resident Steven Dhaliwal was on the hunt for new employment. The sales associate says back then, he was lucky to get a call back from prospective employers.

“The market was so competitive at the time,” he tells Global News’ The New Reality. “There were many people looking for a job but not that many openings. It was really tough.”

Fast forward to today, and the tables have turned.

“Most recently, I’ve had some of those positions I applied for now reach out to me to see if I was still interested in pursuing the opportunity,” Dhaliwal says.

His experience is indicative of what recruiters are calling “a war for talent.” The balance of power has swung in favour of job seekers. Employers are now pulling out all the stops and it’s not just about better pay anymore, there are some substantial job perks being offered: options to work from home, better benefits and a new focus on workplace culture. Even the way companies go about hiring is changing to reflect the new reality.

As chief researcher for Gartner’s HR practice, Brian Kropp surveys millions of people and advises thousands of human resources executives around the world.

“If you look at data from Canada, there’s about a million job openings — just as many job openings as there are people looking for jobs,” he says.

“Employees are more in demand than they’ve ever been in the tightest labour market we’ve seen in 40 to 50 years.”

Canada’s jobless rate fell to an unprecedented low of 5.3 per cent in March. There’s an exceptionally tight job market, spanning all industries, from construction to banking to hospitality.

Flexibility above all else

Kropp says the most striking shift in this job market is the demand for flexible work schedules and hybrid work arrangements. Flexibility isn’t simply about where people work, it extends to when they work: earlier starts or days with midday breaks spanning two to three hours, even four-day workweeks.

“The expectation that a lot of employers had when shifting to remote work was we’re going to have a lot of people sitting at home, watching TV, taking naps, eating pizza all day and not getting any work done. That can’t be further from the truth. In almost every situation, employee performance stayed the same or improved,” Kropp says.

Failures of the hybrid or remote work model are often a performance management problem, based on his findings.

Isabella Munro is Dhaliwal’s colleague at Wesgroup Properties. Though she enjoys having the option to work from home on occasion, she says she’s really glad to be back in the office. She likes “the idea of working from home,” but finds it more difficult and time-consuming to complete tasks that require input from co-workers.

Now that she’s back in the Vancouver office most days, she appreciates the corporate culture her company offers.

“I think personally for work, it’s never been a clock-in, clock-out kind of job. But even more so now I want a community and I want a good culture in the company that I work for, that it’s not just work, it’s outside of work as well.”

Alisha Scichilone is Wesgroup’s vice-president of people and culture and has 24 years of experience in human resources.

“I think good talent has their pick in terms of their employer, and we are well aware of that.”

One of the perks Munro now gets to use in her new job is part of the health and wellness benefits offered by the company.

“We offer fitness programs twice a week, Tuesdays and Thursdays. Employees can leave together and go work out at a local gym, and that’s paid for by Wesgroup, and we also offer discounts at local gyms and personal training. And if employees complete 20 workouts, they get a free day off,” Scichilone says.

“It’s a good way to get out with my colleagues, get a good sweat on, kind of release energy, then come back to the office with a fresh mind,” Munro says. “Mental health and wellness is really important.”

The pandemic and the ensuing labour shortage has led Scotiabank, one of the country’s so-called Big Five banks, to change the way it goes about hiring. Most recently, that includes doing away with resumes for many entry-level positions in Canada and the U.S. to identify candidates that may have previously flown under the radar.

“This has been about opening up the aperture in terms of numbers of people and also types of backgrounds or profiles. It’s been an amazing journey where the traditional recruitment or traditional views on talent just will not cut it,” says James Spearing, Scotiabank’s vice-president of global talent acquisition.

According to Spearing, the number of job postings across the country on employment site Indeed is up 60 per cent. Narrow that down to banking and technology and the increase is 120 per cent from 2019.

In an effort to reach a broader talent pool, Scotiabank has partnered with Waterloo, Ont.-based recruiting firm Plum.

“The data that we’re assessing can’t be scraped from a resume, can’t be found passively online,” says Caitlin MacGregor, the CEO and co-founder of Plum. “You actually need people to complete a 25-minute assessment and we measure their problem-solving ability. We measure their social intelligence and their personality in a way that they can’t fake or game.”

Rather than focusing on things like types of education and previous internships, Spearing says Plum identifies “talent level” as well as “skills and traits that will set people up for the future.”

“It’s about understanding what drives somebody and gives them a sense of self-worth and on the flip side, what drains them and eventually leads to burnout.”

This hiring solution, used by Scotiabank, seeks to identify “innate talents” like the ability to innovate, communicate and work well in teams. MacGregor says this is key to matching hires to roles that are likely to fulfill them and see them perform at a higher level.

Another new hiring practice during the COVID-19 era is the need for speed when it comes to job offers. Spears says extending an employment offer within a week or even “on the spot” after the interview process has become common. So has fast-tracking start dates.

“Traditionally you wouldn’t have to worry so much about that period between offer acceptance and start date. But now you do because people will renege on offers and they’re not as worried as they were before,” he says.

A job that is a good fit is only part of the solution. Employees also need to feel appreciated, respected and understood.

“One of the most important things for me when I was looking for a new job is having an employer who actually recognizes my hard work. I’m really happy to put in the hours, but I would like to be recognized,” Munro says.

Kropp says it’s one of the biggest things the pandemic has taught us.

“We don’t have workers working for us. We have human beings that have real lives, real jobs, real concerns, real families, real issues that are impacting them. And the best organizations realize that if you treat your employees like people, not like workers, not only do you get higher-performing employees who are more likely to stay, it is just also the right thing to do.”

Only one question remains: Will the shift to accommodate workers in ways like hybrid work be something that sticks around? Kropp believes so.

“I think this is a shift that’s permanent, not temporary in that the world that we’re going into will be hybrid and remote for as long as the eye can see at this point.”

And companies that get on board with the needs of their employees will not only have happier workers but also be more successful.

“Before the pandemic, you were just happy to get any job offer possible. But now, you can definitely look to find the best fit and be more selective with what you’re looking for in a job, in a career and what’s going to make you most happy.”

See this and other original stories about our world on The New Reality airing Saturday nights on Global TV, and online.

Canada gas prices: How is the price of gas set?