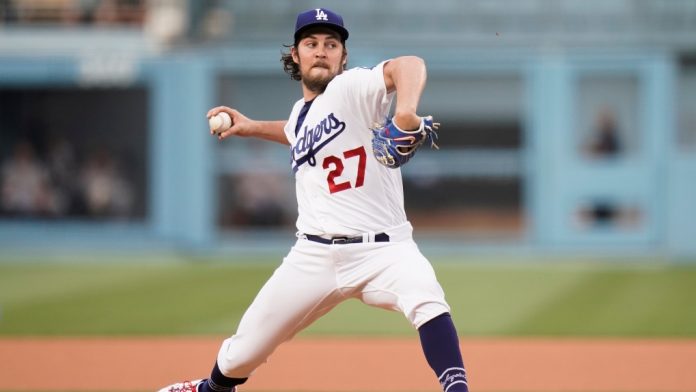 
Los Angeles Dodgers pitcher Trevor Bauer was given an unprecedented two-season suspension without pay Friday by Major League Baseball for violating the league’s domestic violence and sexual assault policy, a charge he denied. He vowed to overturn the discipline before an arbitrator.


The 2020 National League Cy Young Award winner was placed on administrative leave last July 2 under the policy. The leave was originally set for seven days, was extended 13 times and was due to expire Friday.


Baseball Commissioner Rob Manfred announced the discipline, which covers 324 games without pay and if left in place would cost the 31-year-old pitcher just over $60 million from a $102 million, three-year contract that began last year.


Bauer vowed to challenge the suspension before Martin Scheinman, baseball’s independent arbitrator, who is faced with deciding whether Manfred had “just cause” for the discipline under the domestic violence policy agreed to in 2015.


A San Diego woman, whom the pitcher had met through social media, alleged that Bauer beat and sexually abused her last year. She later sought but was denied a restraining order. Los Angeles prosecutors said in February there was insufficient evidence to prove the woman’s accusations beyond a reasonable doubt.


Bauer, who hasn’t played since the allegations surfaced and MLB began investigating, repeatedly has said that everything that happened between the two was consensual.


“In the strongest possible terms, I deny committing any violation of the league’s domestic violence and sexual assault policy,” he said Friday in a statement. “I am appealing this action and expect to prevail. As we have throughout this process, my representatives and I respect the confidentiality of the proceedings.”


Bauer earlier this week sued his accuser in federal court, a move that came less than three months after prosecutors decided not to file criminal charges against the pitcher. Bauer named the woman and one of her attorneys, Niranjan Fred Thiagarajah, as defendants in the lawsuit. The Associated Press does not typically identify people who say they have been victims of sexual assault.


The pitcher has said the two engaged in rough sex at his Pasadena home at her suggestion and followed guidelines they agreed to in advance. Each encounter ended with them joking and her spending the night, he said.


MLB announced the suspension in a short statement that did not provide details of the findings of its investigation, adding: “In accordance with the terms of the policy, the commissioner’s office will not issue any further statements at this point in time.”


After winning his first Cy Young with the Cincinnati Reds in 2020, Bauer agreed to join his hometown Dodgers. He did not pitch after June 29 and finished with an 8-2 record and a 2.59 ERA in 17 appearances. He was paid his $28 million salary last year.


Los Angeles declined to comment until the arbitration process is complete.


“The Dodgers organization takes all allegations of this nature very seriously and does not condone or excuse any acts of domestic violence or sexual assault,” the team’s statement said. “We’ve cooperated fully with MLB’s investigation since it began, and we fully support MLB’s” policy and enforcement.

10 cases of acute severe hepatitis in children in Canada