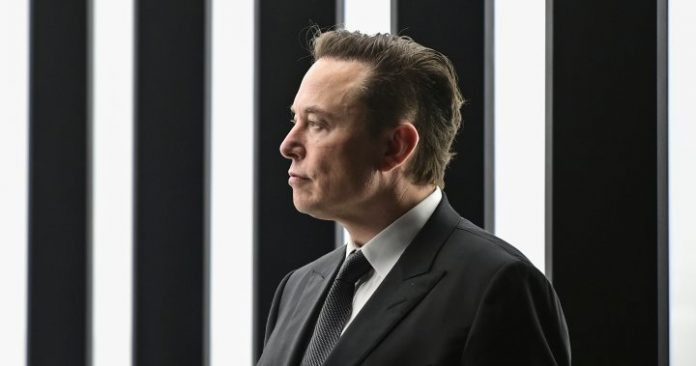 Twitter Inc. is poised to agree a sale to Elon Musk for around US$43 billion in cash, the price the chief executive of Tesla Inc. has called his “best and final” offer for the social media company, people familiar with the matter said.

Twitter may announce the US$54.20-per-share deal later on Monday once its board has met to recommend the transaction to Twitter shareholders, the sources said. It is always possible that the deal collapses at the last minute, the sources added.

Musk, the world’s richest person according to a tally by Forbes, is negotiating to buy Twitter in a personal capacity and Tesla is not involved in the deal.

Twitter has not been able to secure so far a ‘go-shop’ provision under its agreement with Musk that would allow it to solicit other bids once the deal is signed, the sources said. Still, Twitter would be allowed to accept an offer from another party by paying Musk a break-up fee, the sources added.

The sources requested anonymity because the matter is confidential. Twitter and Musk did not immediately respond to requests for comment.

Twitter shares were up 4.5 per cent in pre-market trading in New York on Monday at US$51.15.

Musk has said Twitter needs to be taken private to grow and become a genuine platform for free speech.

The 50-year-old entrepreneur, who is also CEO of rocket developer SpaceX, has said he wants to combat trolls on Twitter and proposed changes to the Twitter Blue premium subscription service, including slashing its price and banning advertising.

The billionaire, a vocal advocate of cryptocurrencies, has also suggested adding dogecoin as a payment option on Twitter.

Republicans in the U.S. House of Representatives welcomed the reports of the potential takeover and called on Musk to return former U.S. President Donald Trump to the platform.

U.S. Representative Jim Jordan, a member of the Freedom Caucus of conservative House Republicans, said the deal would be good for shareholders and good for free speech.

0:59
Trump was prepared to ‘seize’ presidency, attempt at a coup to be focus of House hearings: lawmaker

Trump was prepared to ‘seize’ presidency, attempt at a coup to be focus of House hearings: lawmaker – Apr 18, 2022

Jordan and other Republicans have been critical of Twitter for banning Trump and other notable conservatives.

Twitter banned Trump’s account due to the risk of further violence after the U.S. Capitol was stormed on Jan. 6, 2021.

Musk has said Twitter’s current leadership team is incapable of getting the company’s stock to his offer price on its own, but stopped short of saying it needs to be replaced.

“The company will neither thrive nor serve this societal imperative in its current form,” Musk said in his offer letter last week.

Up to the point Musk disclosed a stake in Twitter in April, the company’s shares had fallen about 10% since Parag Agrawal took over as CEO from founder Jack Dorsey in late November.

The deal would come just four days after Musk unveiled a financing package to back the acquisition. This led Twitter’s board to take the deal more seriously and many shareholders to ask the company not to let the opportunity for a deal to slip away, Reuters reported on Sunday.

The sale would represent an admission by Twitter that Agrawal, who took the helm in November, is not making enough traction in making the company more profitable, despite being on track to meet ambitious financial goals the company set for 2023. Twitter’s shares were trading higher than Musk’s offer price as recently as November.

Musk’s negotiating tactics — making one offer and sticking with it — resembles how another billionaire, Warren Buffett, negotiates acquisitions. Musk did not provide any financing details when he first disclosed his offer for Twitter, making the market skeptical about its prospects.

Got homebuyer’s remorse? Regret sets in for some as heated housing markets cool