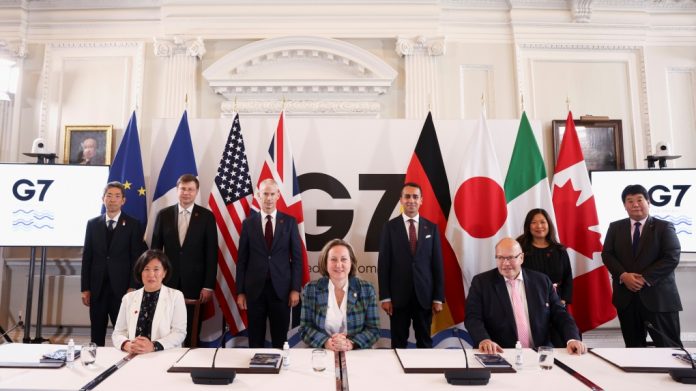 
U.S. Trade Representative Katherine Tai will travel north of the border next week to meet with her Canadian counterpart, Mary Ng.


Tai’s office says the ambassador will hold two days of meetings May 5-6 with Ng, Canada’s international trade minister, in Ottawa and Toronto.


The pair will talk with stakeholders, visit local businesses and discuss how best to strengthen the trade ties between the two countries.


The two have a lot to talk about: softwood lumber, dairy exports and the rules governing auto parts have proven key friction points since the U.S.-Mexico-Canada Agreement, or USMCA, took effect in 2020.


Tai is also sure to raise Canada’s proposed digital services tax, a three per cent levy on foreign content providers like Netflix and Spotify.


They “will hold a bilateral meeting, meet with stakeholders, tour local businesses and discuss opportunities to strengthen the U.S.-Canadian trade relationship through the (USMCA) and other mechanisms,” Tai’s office said in a statement.


A release from Ng’s office also mentioned plans to discuss “co-operation in the face of global supply chain issues” as well as the collective efforts of the two countries to support Ukraine in its war against Russia.