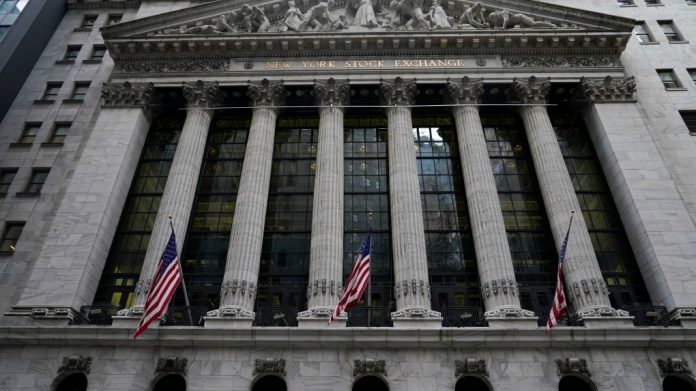 
The U.S. economy shrank in the first three months of the year, and faces threats from high inflation and rising interest rates, yet economists foresee a return to growth for the rest of 2022 based on the strength of the job market and consumer spending.


The 1.4 per cent quarterly decline in gross domestic product — the first contraction since the pandemic hit in 2020 — is not likely a prelude to recession, economists say. That may bring little comfort to President Joe Biden and Democrats, who face mid-term elections this year in which rising prices for food, energy and other essentials will be a major theme of Republican opposition.


Imports soared nearly 20 per cent as Americans spent heavily on foreign-made goods, while exports fell almost 6 per cent as growth slowed overseas — a widening of the trade deficit that subtracted 3.2 percentage points from GDP.


Businesses restocked their shelves at a slower pace at the start of the year. That’s because they had rebuilt inventories aggressively ahead of last year’s holiday shopping season, when they feared pandemic-related supply shortages.


As a result, first quarter GDP — the nation’s total output of goods and services — fell far below the 6.9% annual growth in the fourth quarter of 2021.


However, rising wages bolstered spending by households, and higher profits drove investment by companies. Together these factors suggest strong fundamentals for the U.S. economy, even in the face of challenges from the pandemic, the war in Ukraine and the Federal Reserve’s plans to raise interest rates to fight inflation.


“The report isn’t as worrisome as it looks,” said Lydia Boussour, lead U.S. economist at Oxford Economics. “The details point to an economy with solid underlying strength that demonstrated resilience in the face of Omicron, lingering supply constraints and high inflation.”


The U.S. economy is in an unusual and challenging position.


The job market — the most important pillar of the economy — remains robust, with the unemployment rate near a 50-year low of 3.6 per cent, and wages rising steadily. And in the January-March quarter, businesses and consumers increased their spending at a 3.7 per cent annual rate after adjusting for inflation.


Economists consider these trends a better gauge of the economy’s core strength than the latest GDP figure.


Still, serious threats have emerged. Supply chain disruptions in China and elsewhere are still a pandemic-era reality, and the war in Ukraine is contributing to higher inflation, which erodes consumers’ spending power. Last month, prices jumped 8.5% from a year earlier, the fastest such rise in four decades.


“We are at a turning point in the economy,” said Gregory Daco, chief economist at tax advisory firm EY-Parthenon. “The pace of growth is moderating.”


The first quarter’s weak showing contrasts with last year’s robust rebound from the pandemic, which was fueled in part by vast government aid and ultra-low interest rates. With stimulus checks and other government supports having ended, consumer spending has slowed from its blistering pace in the first half of last year.


Last quarter’s negative GDP number also undercuts a key political message of President Biden. The president has pointed to rapid growth as a counterpoint to soaring inflation. Compounding Biden’s difficulties, Russia’s invasion of Ukraine and rising COVID cases overseas are weighing on the economy and heightening inflation pressures. Many companies are also still struggling to obtain the parts and supplies they need from tangled supply chains.


Yet despite supply chain snags tied to the pandemic, MOOYAH still plans to open 20 more restaurants this year. “We are big believers in American consumers and the American economy,” he said.


Although imports surged in the first quarter, COVID lockdowns in China are likely to perpetuate supply shortages this year. Ford and General Motors said this week that they still can’t get all the computer chips they need, costing them sales and forcing temporary plant closures.


The global economy is expected to grow more slowly this year, according to the International Monetary Fund. It foresees the Ukraine war and COVID slowing global growth to 3.6% this year, down from 6.1% last year.


Thursday’s GDP report showed that consumers are adjusting their spending patterns as the pandemic fades and as higher costs for food and gas eat into household budgets. Adjusting for inflation, spending on clothes, gasoline, and groceries fell in the first quarter. But Americans spent more on services, including travel and dining out.


The Fed had hoped that such a shift would bring down inflation, as goods prices have shot up more than services in the past year. But now prices for airline tickets, hotels, and restaurant meals are also rising.


Fed Chair Jerome Powell has signaled plans for a rapid series of rate increases to combat higher prices. The Fed is set to raise its key short-term rate by a half-percentage point next week, the first hike that large since 2000. At least two more half-point increases — twice the more typical quarter-point hike — are expected at subsequent Fed meetings. They would amount to one of the fastest series of Fed rate hikes in decades.


Powell is betting that with job openings at near-record levels, consumer spending healthy and unemployment unusually low, the Fed can slow the economy enough to tame inflation without causing a recession. Whether the Fed can pull that off is one of the major tests for the U.S. economy in 2022.