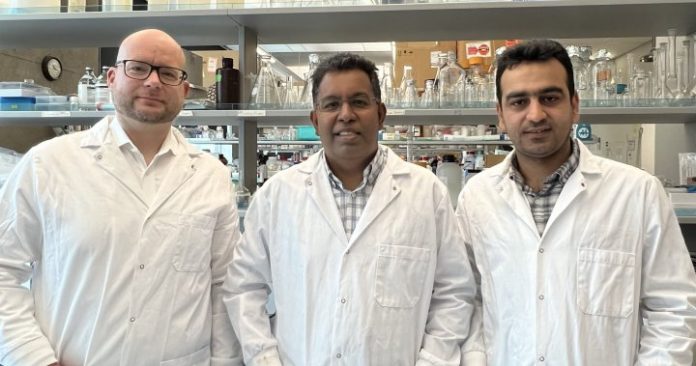 The team from UBC has developed a silver-based coating that can easily be applied to devices like catheters and stents. The product’s unique chemical makeup solves the many challenges of using silver medicinally.

“This is a highly effective coating that won’t harm human tissues and could potentially eliminate implant-associated infections,” said Dr. Jayachandran Kizhakkedathu, pathology and laboratory medicine professor, in a statement Wednesday. “It could be very cost-effective and could also be applicable to many different products.”

5:23
UBC Biochemist recognized for his role in developing COVID-19 vaccines

The main challenge with using silver in medical devices is its toxicity. While great for killing bacteria, too much poison can also be bad for human cells and tissues. Other problems with previous silver products include a lack of durable or adhesive qualities.

“Other silver-based coatings rely on contact killing, meaning the bacteria have to attach to the material in order to be exposed to the silver and die. This results in dead bacteria building up on the surface over time and rendering the device ineffective,” said Dr. Dirk Lange, urologic sciences associate professor, in a statement with other team members.

“We’re preventing that by keeping bacteria off the surface in the first place, and then killing them with the release of silver. Since we prevent attachment of both live and dead bacteria, this coating has significant potential to maintain a clean surface for any device or material for an extended period of time, which is something we haven’t seen so far.”

The coating can be applied to almost any material used in medical devices, and is inexpensive to apply due to the small quantity used per device.

The research team looks forward to seeing how the coating performs in clinical trials, and is optimistic their discovery could be widely used to prevent infections in patients within the next decade.

Buffalo shooting: Youngest of victims to be laid to rest