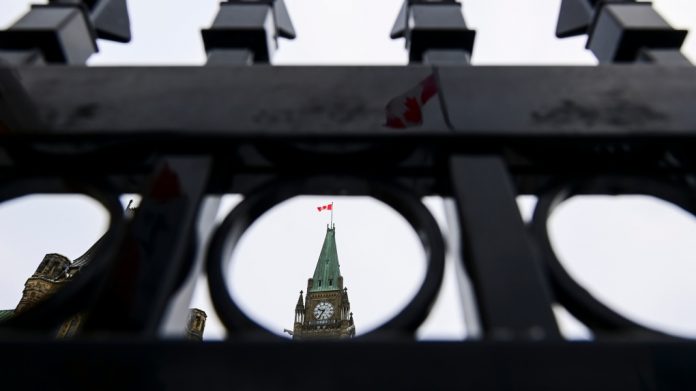 Canadian members of Parliament voted unanimously on Wednesday to label Russia’s attacks in Ukraine a “genocide.”


The vote was triggered after NDP MP and foreign affairs critic Heather McPherson presented a motion asking that the House recognize that “the Russian Federation is committing acts of genocide against the Ukrainian people.”


MPs agreed that there is “clear and ample evidence of systemic and massive war crimes against humanity” being committed by Russian Armed Forces directed by President Vladimir Putin and others within the Russian Parliament.


Those crimes include, among other offenses, mass atrocities, systematic instances of willful killing of Ukrainian civilians, the desecration of corpses, forcible transfer of Ukrainian children, torture, physical harm, mental harm, and rape, the motion reads.


Russia’s invasion of the eastern region of Ukraine began on Feb. 24. There have been widespread accusations of war crimes since then, with some leaders going as far as to say that the situation amounts to genocide.


International law defines genocide as the deliberate killing or causing other serious harms “with intent to destroy, in whole or in part, a national, ethnical, racial or religious group.”


Earlier this month, Prime Minister Justin Trudeau said it’s “absolutely right” the term genocide was being used to describe Russia’s conduct. His comments came a day after U.S. President Joe Biden used the term in reference to the Ukrainian invasion.


However, Trudeau was quick to note there are “official processes” in places to formally apply that designation.


“As President Biden highlighted, there are official processes around determinations of genocide,” Trudeau said at the time. “But I think it’s absolutely right that more and more people be talking and using the word ‘genocide’ in terms of what Russia is doing.”


Days later, Defence Minister Anita Anand said there is a “strong argument” to be made that Russia’s “atrocities” amount to genocide.


“I believe that if you take the definition of genocide, which includes the intent to wipe out a nation in part or in whole, there is a strong argument to be made, even without the use of chemical weapons, that a genocide is occurring,” Anand said during an interview on CTV’s Question Period.


Canadian MPs most recently declared China’s treatment of the Uighur Muslims a genocide. However, Trudeau did not participate in the vote. Then-foreign affairs minister Marc Garneau abstained on the record while the rest of cabinet was absent.


On Wednesday, Trudeau was present in the House of Commons for question period but, it is unclear if he was still there for the vote on this motion.


Canada is a signatory of the United Nations’ Genocide Convention, which codifies genocide as a crime, requires members states to prevent and punish it, and triggers legal consequences against perpetrators.


In this set of circumstances, former justice minister and ambassador to the United Nations Allan Rock said Canada is fulfilling its duty.


“You could say that we’re doing what we can to prevent it, by providing arms to Ukraine so it can defend itself and repulse the Russian attack,” Rock told CTVNews.ca.


“We should be, as we are, contributing to the effort to track the atrocities of Russian forces, amass evidence against them, and be prepared to cooperate and participate in any prosecution of those responsible.”


In March, the Canadian government referred the situation in Ukraine to the International Criminal Court (ICC) to probe possible war crimes and crimes against humanity.


“We are working with other ICC member states to take this significant action as a result of numerous allegations of the commission of serious international crimes in Ukraine by Russian forces, including war crimes and crimes against humanity,” reads a statement from Foreign Affairs Minister Melanie Joly.


“The ICC has our full support and confidence. We call on Russia to cooperate with the court.”


Canada has sent 10 RCMP officers to the ICC to aid in the investigation.


Rock noted, however, that the ICC acts as a backstop, only if the country with primary jurisdiction – Ukraine in this case – is unable or unwilling to prosecute.


“It’s the Ukrainian courts that have jurisdiction and will want to exercise jurisdiction. But we don’t know what’s going to happen over the course of the coming months in the conflict. It may be that over the months to come, the capacity of Ukraine to investigate and mount a prosecution might be diminished,” he said.


As it stands now, Ukraine’s prosecutor general, Iryna Venediktova is working alongside the ICC’s chief prosecutor Karim Khan in a joint investigation with other European representatives.

Wimbledon: Nadal and Kyrgios to face off at semifinals