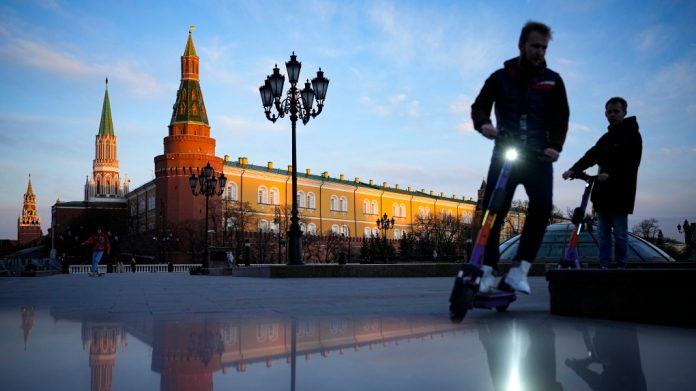 
The cost for a five-year credit default swap on Russian debt was $5.84 million to protect $10 million in debt. That price was nearly half the one on Thursday, which at roughly $11 million for $10 million in debt protection was a signal that investors were certain of a eventual Russian default.


Russia used its foreign currency reserves sitting outside of the country to make the payment, backing down from the Kremlin’s earlier threats that it would use rubles to pay these obligations. In a statement, the Russia Finance Ministry did not say whether future payments would be made in rubles.


Despite the insurance contract plunge, investors remain largely convinced that Russia will eventually default on its debts for the first time since 1917. The major ratings agencies Standard & Poor’s and Moody’s have declared Russia is in “selective default” on its obligations.


Russia has been hit with extensive sanctions by the United States, the European Union and others in response to its Feb. 24 invasion of Ukraine and its continuing military operation to take over Ukrainian territory.


The Credit Default Determination Committee — an industry group of 14 banks and investors that determines whether or not to pay on these swaps — said Friday that they “continue to monitor the situation” after Russia’s payment. Their next meeting is on May 3.


At the beginning of April, Russia’s finance ministry said it tried to make a $649 million payment due April 6 toward two bonds to an unnamed U.S. bank — previously reported as JPMorgan Chase.


At that time, tightened sanctions imposed for Russia’s invasion of Ukraine prevented the payment from being accepted, so Moscow attempted to make the debt payment in rubles. The Kremlin, which repeatedly said it was financially able and willing to continue to pay on its debts, had argued that extraordinary events gave them the legal footing to pay in rubles, instead of dollars or euros.


Investors and rating agencies, however, disagreed and did not expect Russia to be able to convert the rubles into dollars before a 30-day grace period expired next week.

Family shocked by daycare’s call to child protection without warning, question if discrimination at play

B.C. dad spreads love, acceptance after only 1 child came to his son’s birthday