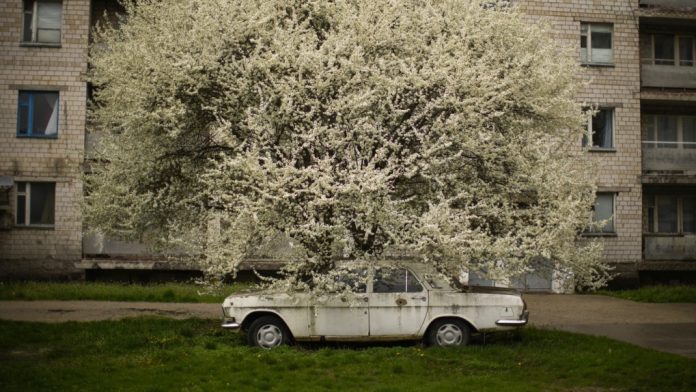 What’s happening in Ukraine today and how are countries around the world responding? Read live updates on Vladimir Putin and Russia’s invasion of Ukraine.


LVIV, Ukraine — European gas prices have spiked by as much as 24 per cent following Gazprom’s statement that it was suspending deliveries to Poland and Bulgaria starting Wednesday because it hasn’t received any payments from them since April 1. Benchmark Dutch futures traded at one point around 125 euros per megawatt hour.


“Gazprom’s move to completely shut off gas supplies to Poland is yet another sign of Russia’s politicisation of existing agreements & will only accelerate European efforts to move away from Russian energy supplies,” he wrote.


The spike comes even as the weather turns warmer in the Europe, lessening the demand for the natural gas for heating homes and businesses.


MOSCOW — Russia’s state-controlled natural gas giant Gazprom says it has cut gas supplies to Poland and Bulgaria after they have refused to pay for the shipments in rubles.


It warned that if they siphon gas intended for other European customers, the deliveries to Europe will be reduced to that amount.


The move follows Russian President Vladimir Putin’s order to switch to rubles in payments for the Russian gas supplied to Europe.


BEIJING — Drone company DJI Technology Co. said it will temporarily suspend business activities in Russia and Ukraine to ensure its products are not used during the hostilities.


“DJI is internally reassessing compliance requirements in various jurisdictions. Pending the current review, DJI will temporarily suspend all business activities in Russia and Ukraine,” the company said in a statement.


The declaration makes it one of few Chinese companies who have publicly pulled out of Russia. While many Western brands and companies have withdrawn from the Russian market in protest of its invasion of Ukraine, many Chinese firms have continued operating in the country. China continues to refrain from directly criticizing Russia over the war.


The suspension comes over a month after vice prime minister of Ukraine Mykhailo Fedorov wrote an open letter appealing to DJI to block the sales of their drones in Russia, alleging that the Russians were using “DJI products in Ukraine in order to navigate their missile to kill civilians.”


POKROVSK, Ukraine — As Russian forces intensify their shelling of eastern Ukraine, more people are leaving their homes in search of safety.


In Pokrovsk, a town in the Donetsk region, people lined up Tuesday to board a train headed to the far west of the country along the border with Hungary and Slovakia. One person was lifted onto the train in a wheelchair, another on a stretcher.


The passengers took with them cats, dogs, a few bags and boxes, and the memory of those who did not flee in time.


“We were in the basement, but my daughter didn’t make it and was hit with shrapnel on the doorstep” during shelling on Monday, said Mykola Kharchenko, 74. “We had to bury her in the garden near the pear tree.”


He said his village, Vremivka, about 70 kilometers (40 miles) from Pokrovsk, was under heavy fire for four days and everything was destroyed. With tears in his eyes, Kharchenko said he somehow held himself together at home, but once he reached the train station he fell apart.


UNITED NATIONS — The UN says Secretary-General António Guterres and Russian President Vladimir Putin have agreed in principle that the United Nations and the International Committee of the Red Cross should be involved in the evacuation of civilians from a besieged steel plant in Ukraine’s southeastern city of Mariupol.


UN spokesperson Stephane Dujarric said that during their one-on-one meeting Tuesday, Guterres and Putin “discussed the proposals for humanitarian assistance and evacuation of civilians from conflict zones, namely in relation to the situation in Mariupol.”


The sprawling Azovstal steel plant has been almost completely destroyed by Russian attacks but it is the last pocket of organized Ukrainian resistance in Mariupol.


An estimated 2,000 troops and 1,000 civilians are said to be holed up in bunkers underneath the wrecked structure.


Dujarric said that following the Guterres-Putin agreement in principle, discussions will be held with the UN humanitarian office and the Russian Defence Ministry on the evacuation.


WASHINGTON — The State Department says U.S. diplomats have begun returning to Ukraine by making day trips to temporary offices in the western city of Lviv from neighbouring Poland.


The department said the first group of diplomats crossed the Polish-Ukrainian border and travelled to Lviv on Tuesday morning before returning to Poland later in the day.


The step came just two days after Secretary of State Antony Blinken informed Ukrainian leaders during a secrecy-shrouded visit to Kyiv that the U.S. would start restaffing its diplomatic facilities in Ukraine this week.


State Department spokesperson Ned Price said the agency has accelerated its review of reopening the U.S. embassy in Kyiv, which was closed shortly before Russia invaded Ukraine on Feb. 24. He said operations at the embassy would resume as soon as possible depending on the security situation in the capital.