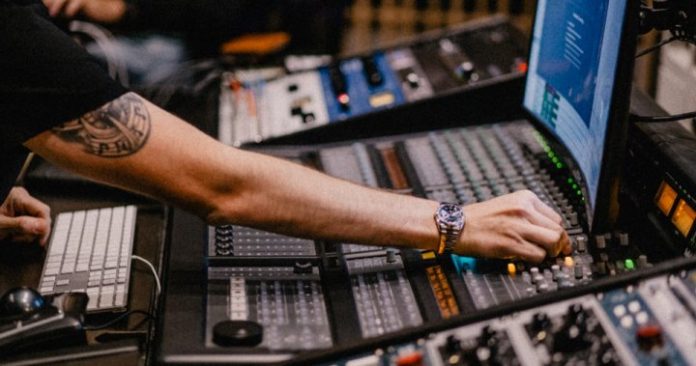 An Edmonton music production studio is in the running for three Juno Awards this year.

“We like to joke: still no wins, but we’ve got our fingers crossed for this year.”

Unis cut his teeth in the industry working in Toronto before moving to Edmonton five years ago.

“I really wasn’t sure what to expect. I could not have been more shocked and pleasantly surprised.

“The sheer the number of artists that are here that are all so incredible. I don’t know if it’s because we have such long, cold winters and everyone just hunkers down and learns an instrument or what it is, but the scene is just brimming with tons of talented artists, songwriters, producers. We’re so busy ourselves as producers because there’s so many artists with great songs that need to be created.

“I’m more creatively satiated than I ever was, which I wasn’t expecting.”

“It’s voted on by your peers, so to even have a nomination, I can’t really describe how proud we are because it means people that we admire have heard it and voted for it and believed in it as well.

COVID-19: New report shows viability of Alberta’s music industry as it looks to bounce back

“I feel like a lot of us have imposter syndrome. We still can’t believe that we get to do this every day… and we’re students of it and constantly trying to get better and looking what everyone else is doing and be competitive and do the songs justice.

“I think a win, for myself, would be a good benchmark that we’re doing it at a competitive level, really bringing something to the table and it’s being well received because that’s ultimately what matters: that people hear the songs and they connect with them.”

Utis said the more winners in Edmonton can only do good things for the local music scene.

“The more eyes we can get on Edmonton, the less it can be denied as a musical powerhouse.

“I’m going to be honest, before I lived here, when I thought of musical hubs, Edmonton didn’t even come to mind and now I can’t imagine not making music here.”

The 2022 Juno Awards take place May 14 and 15. The televised portion happens Sunday, May 15 from Toronto.

Kish’s nod is for her self-titled album. Her latest record is titled Mr. Tie.

“She kind of popped up on our radar and we reached out,” Utis said. “We said: ‘We’ve got to work with you. You’re incredible. In a perfect world, you could make any record, what would it be?’

“And what she described was kind of like this retro, soul, R&B, kind of Motown-y, a little bit of UK inspiration like Buffy and Amy Winehouse. So, old school meets new school.”

It was a very significant experience for the Velveteen team, Utis said, and they’re all very invested.

“We’re really closely connected to it because we sat down at a piano and wrote songs from scratch and saw it through the entire way. It’s always really special when you can get that involved.

“I vividly remember sitting down at the piano and asking her: ‘What are your goals? What is it you want to do as an artist?’ One of them was to produce a full record that is her exact vision that she could be proud of, and a Juno nomination and hopefully a win,” Utis said.

Anthony, another nominated artist, had mixing and some producing done by the Velveteen team.

“The songs are delivered with all their layers,” Utis explained. “You go through each layer, you find the good and the bad — sonically — and make them work together. Then you take them from individual stems and turn them into a song.”

The Toronto-based artist blends pop, soul and alternative and is known for his sultry songs.

His Juno nod for Adult Contemporary Album of The Year comes from his latest EP The Way You See Me.

First-time nominee JESSIA is up for TikTok Juno Fan Choice.

The Vancouver pop singer is also nominated for Single of the Year, Breakthrough Artist of the Year and Pop Album of the Year.

Her debut single I’m not Pretty exploded on TikTok, racking up millions of views in one day.